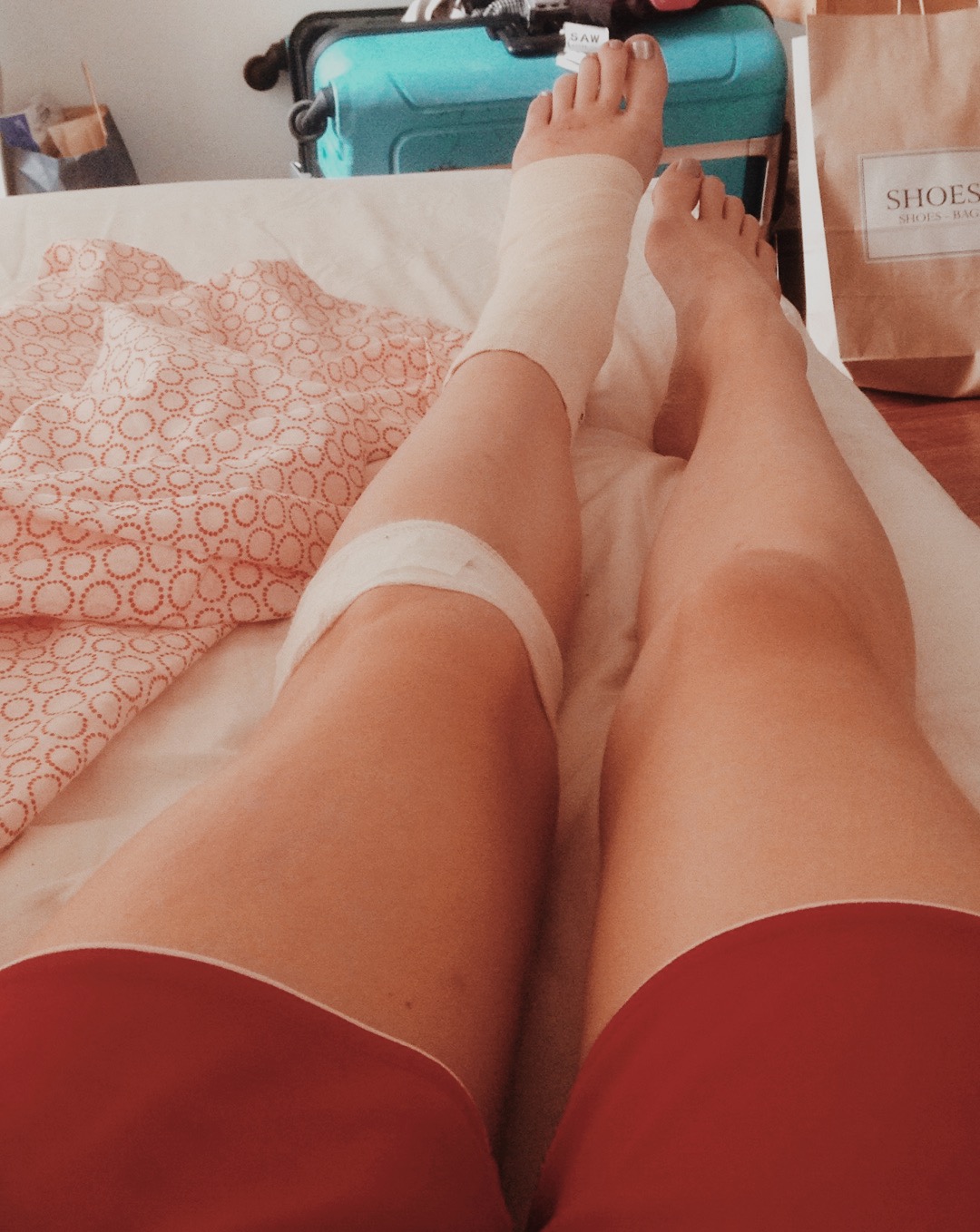 Well this weekly update is definitely different than I hoped it would be. But I guess that’s life. 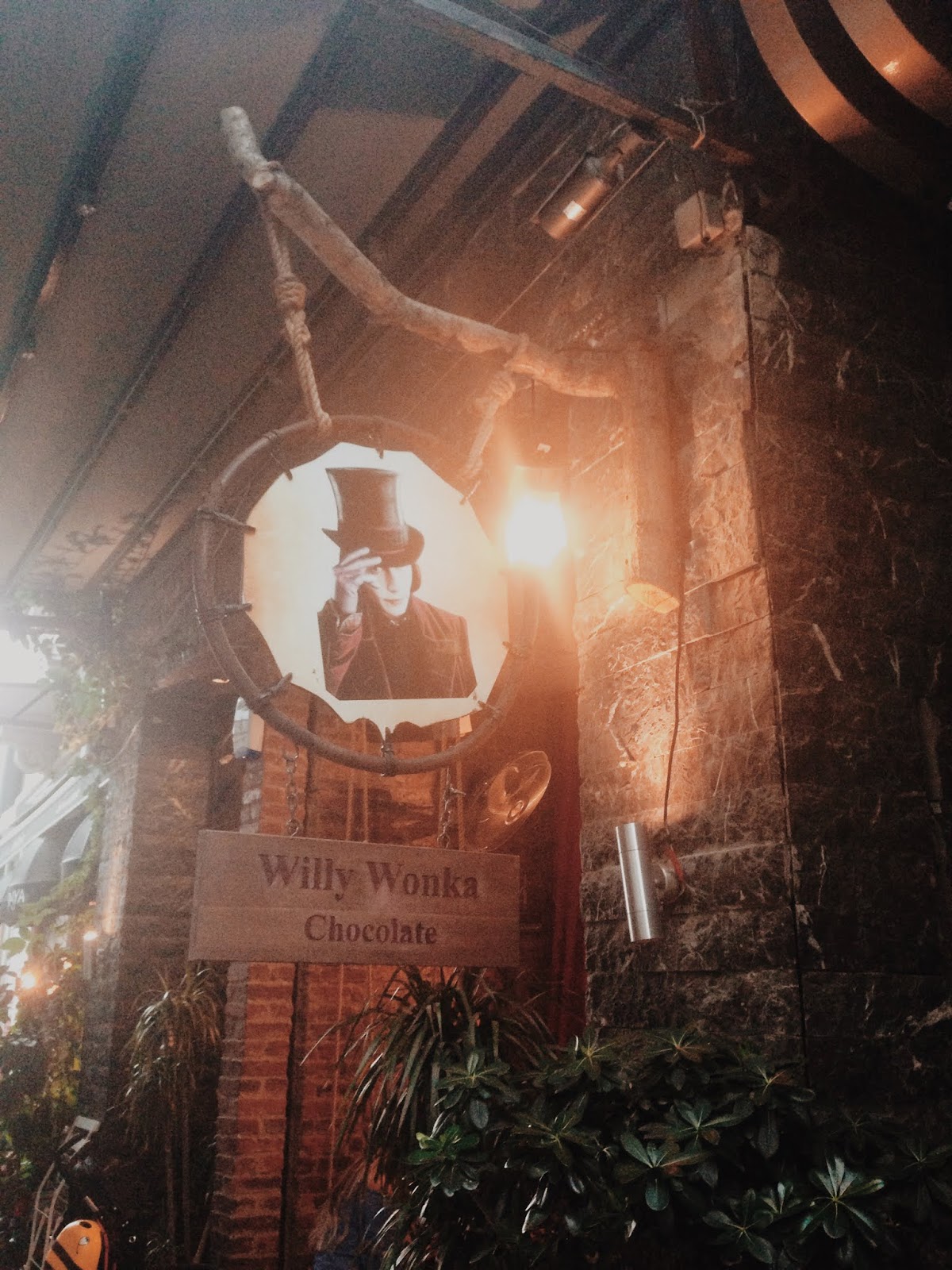 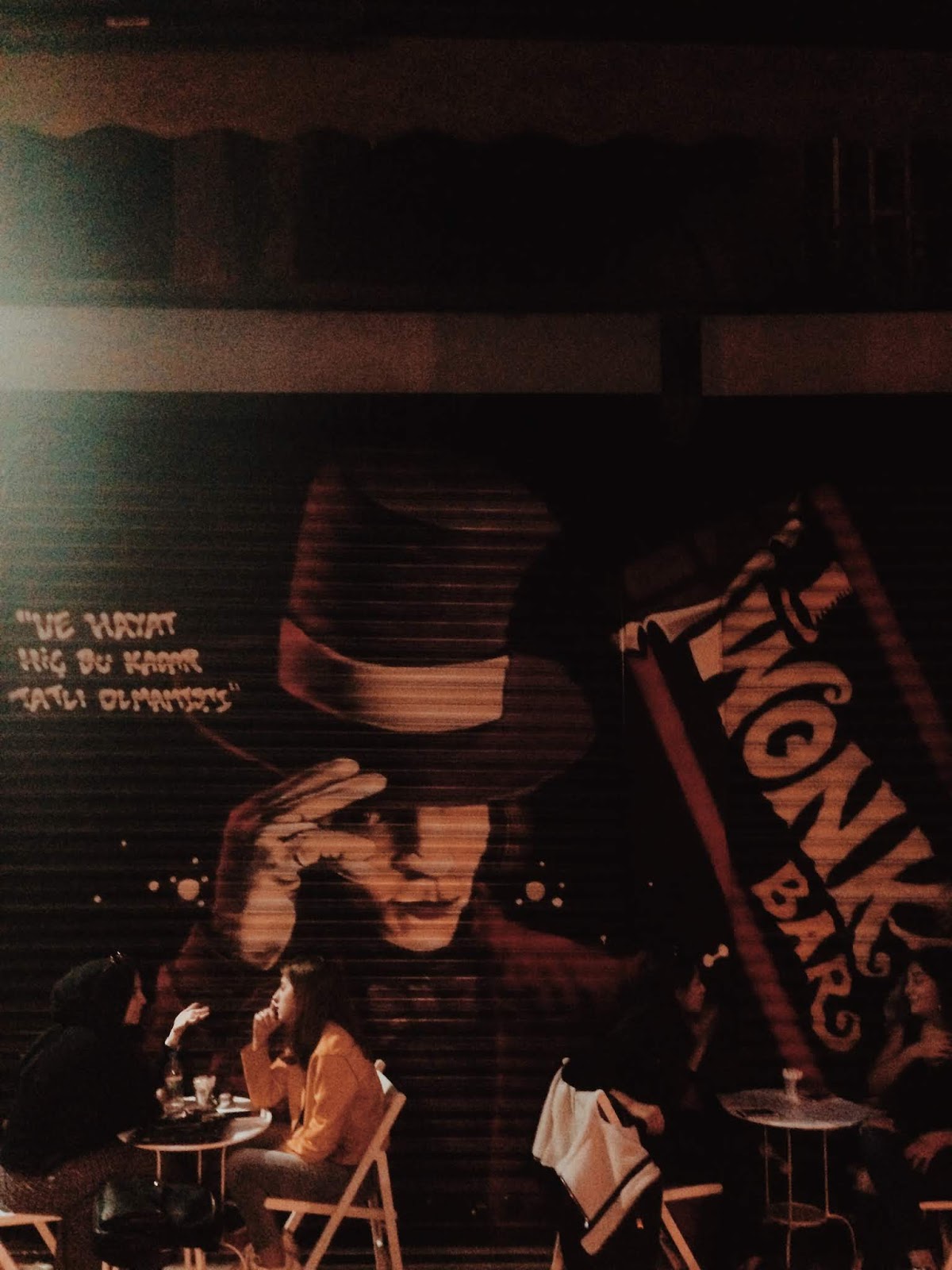 On Sunday I went to a place called “Willy Wonka’s chocolate factory” with Kayla and it was amazing. It is a themed restaurant that sells all kinds of chocolate dishes and we just went there for dinner. 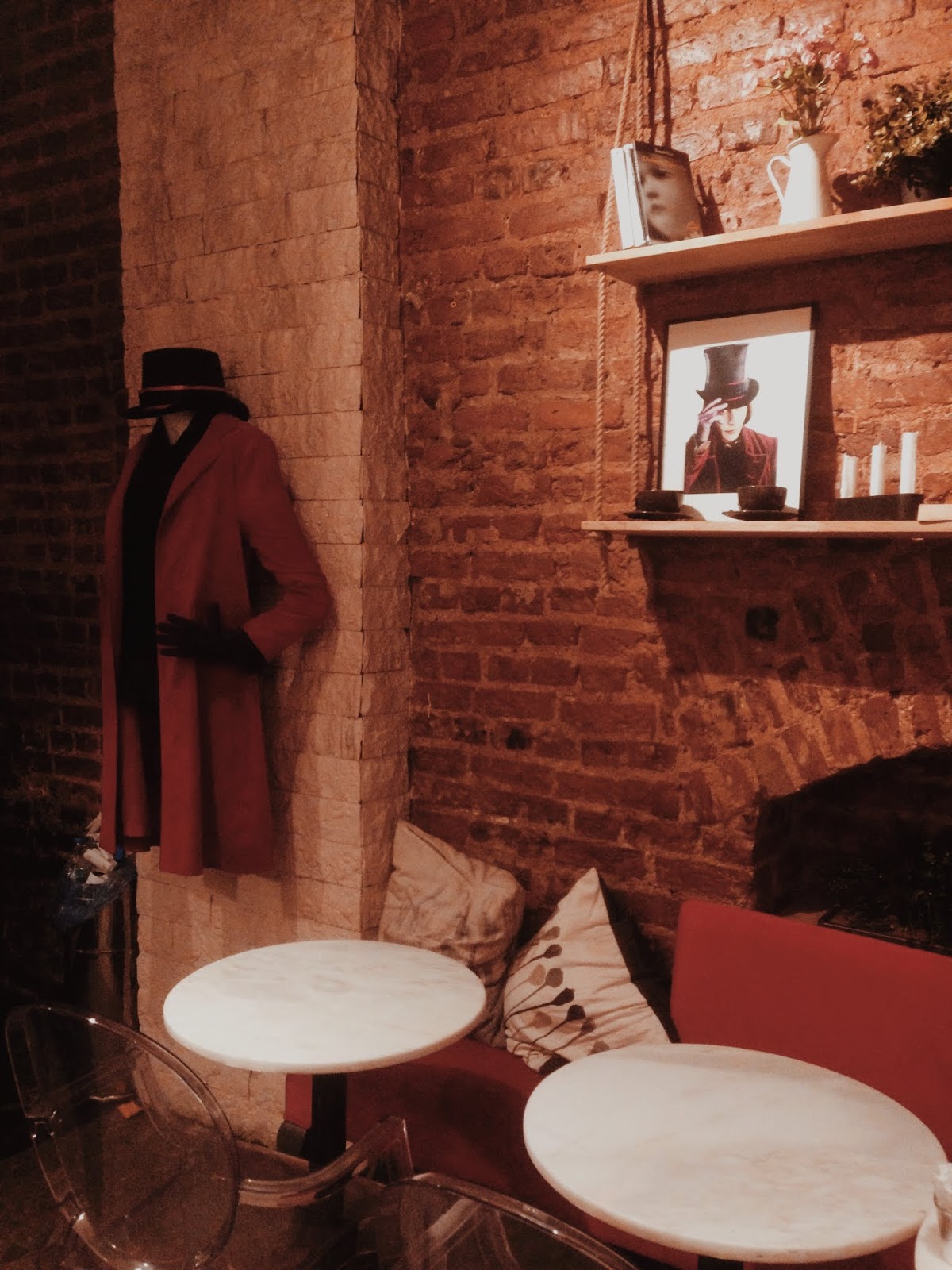 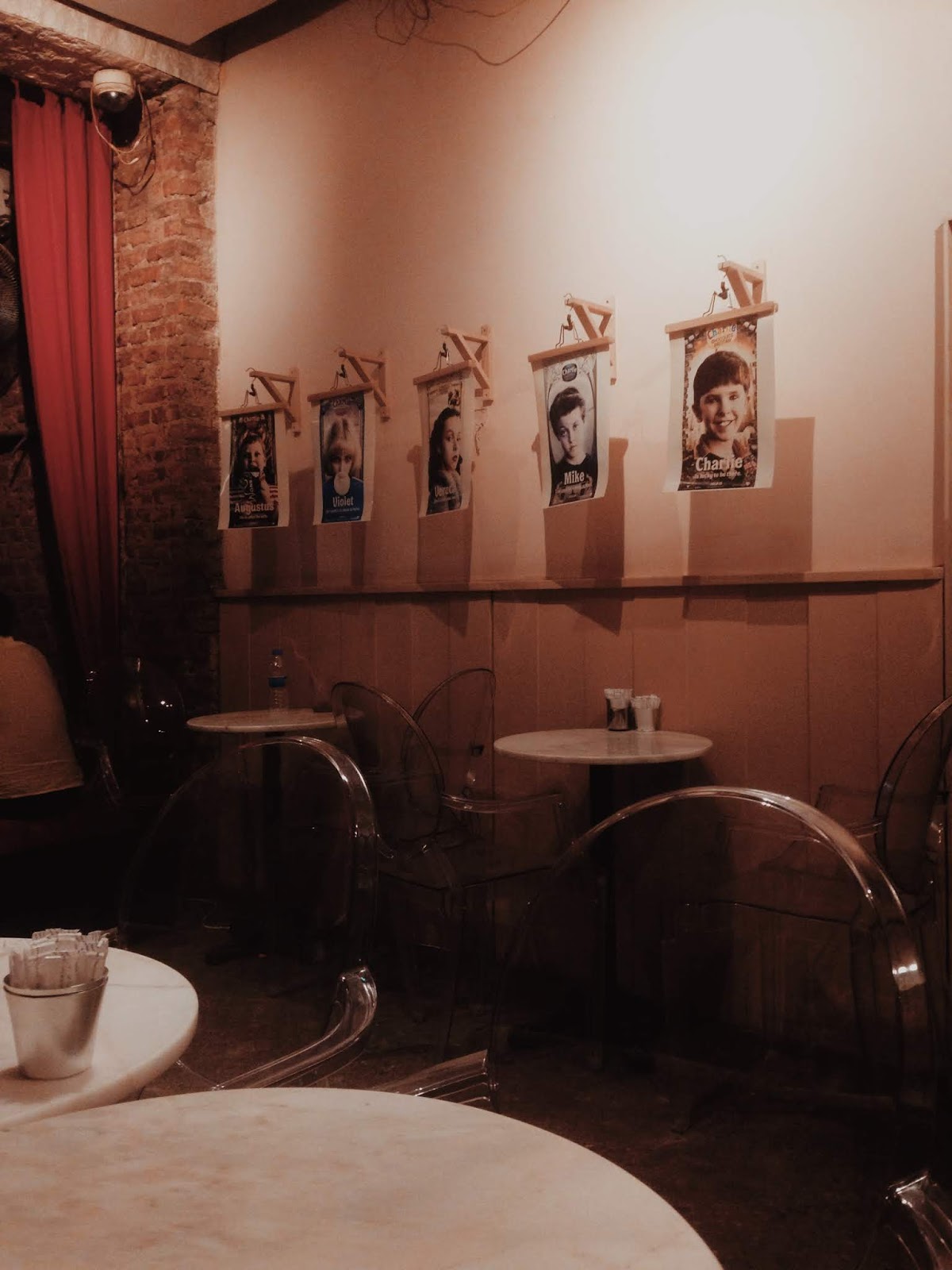 The entire decoration was inspired by the movie ‘Charlie and the chocolate factory’ and it was really cute. I did miss the Umpa lumpa’s though. 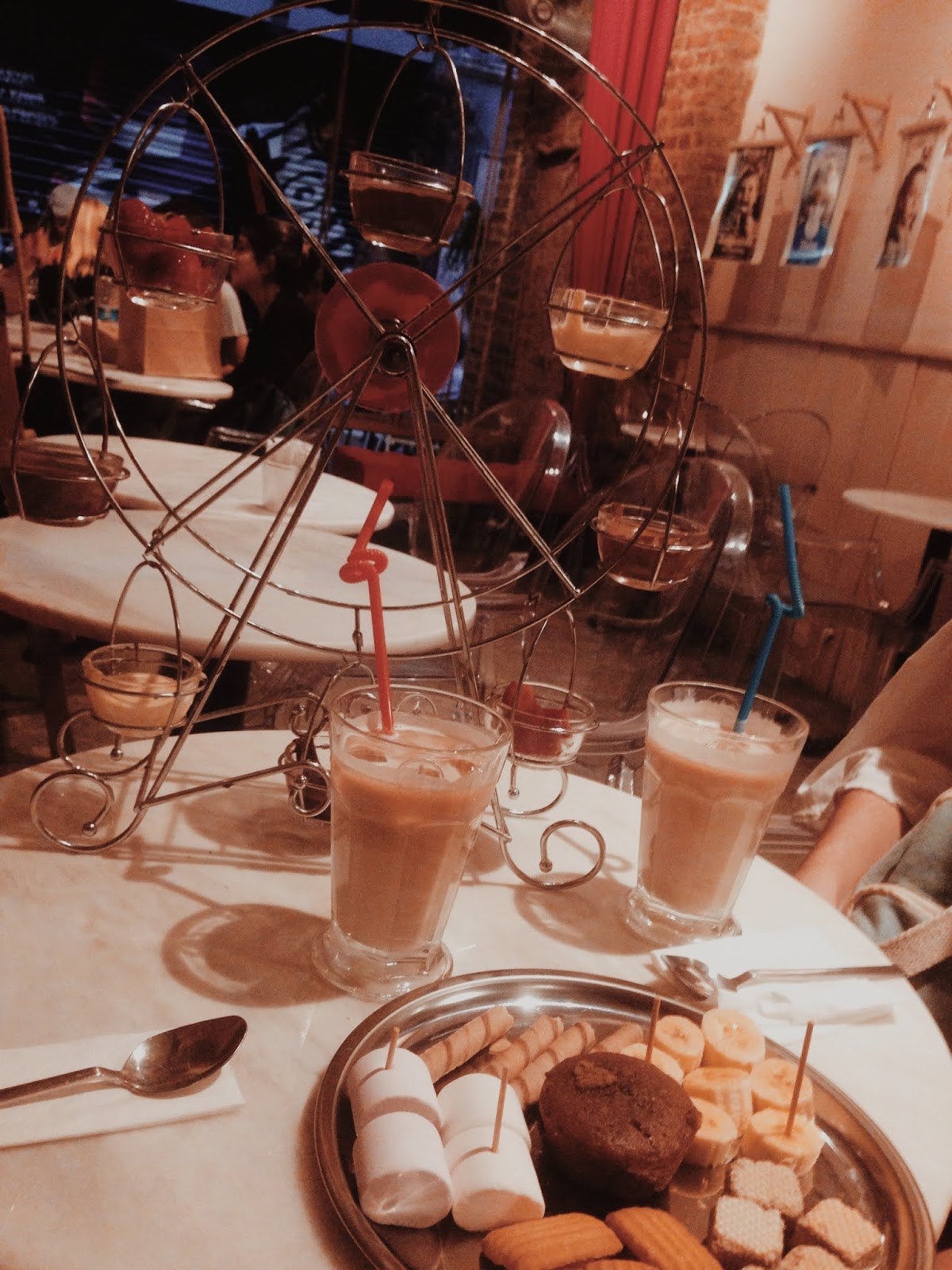 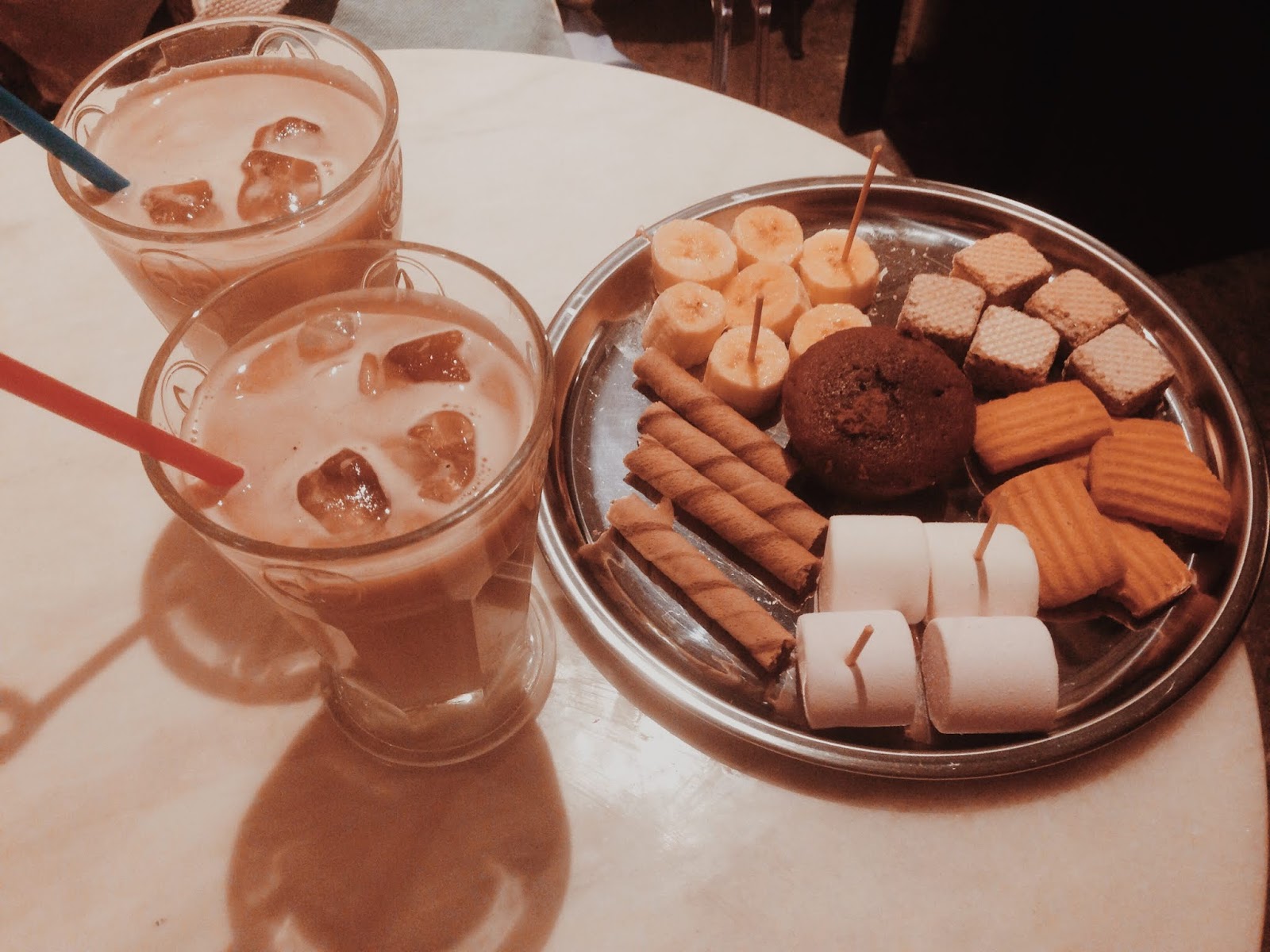 We got this little ferris wheel with different kinds of melted chocolate, fruits and cookies. It was sooooo good. (But their coffee sucked.) 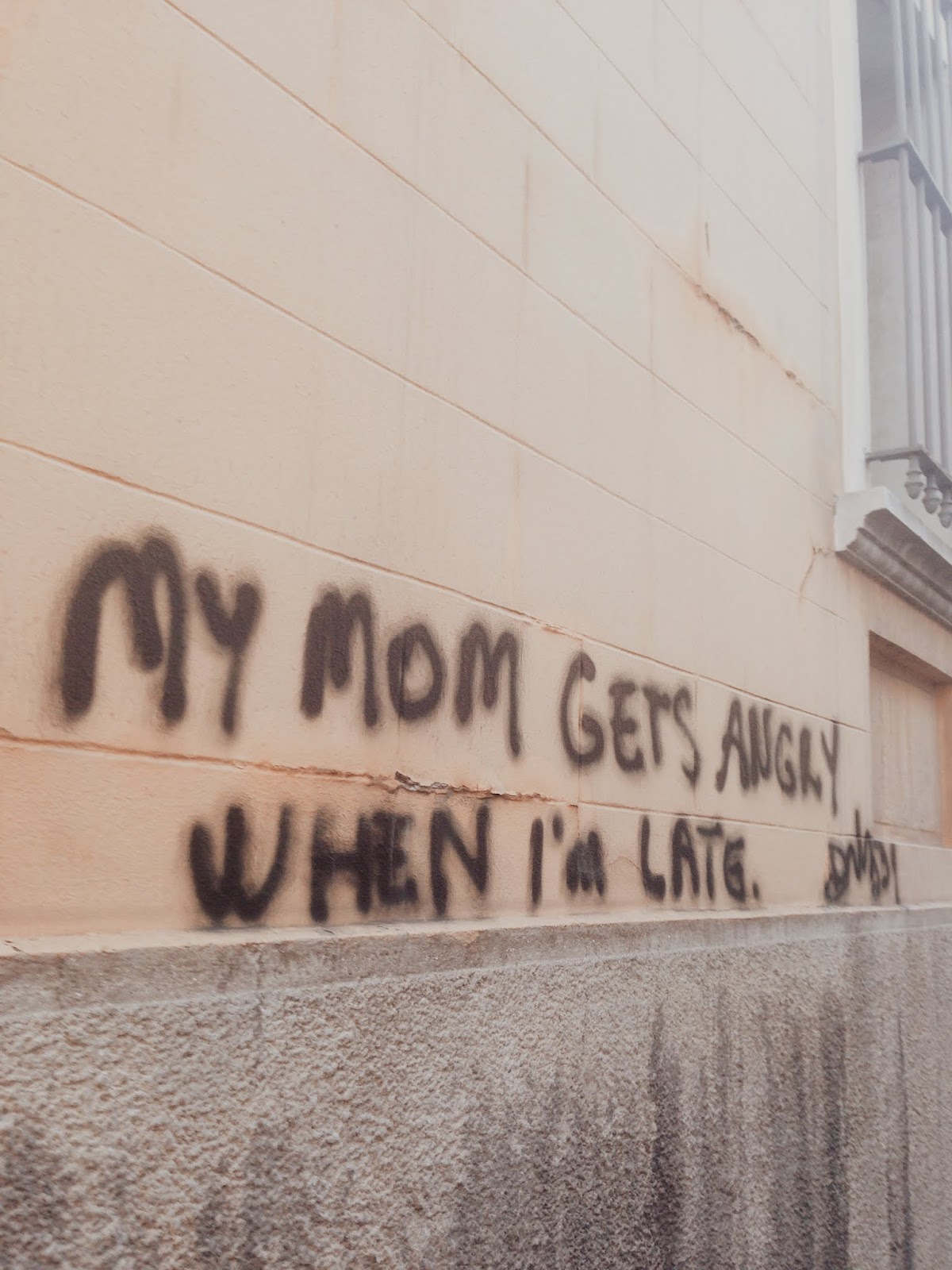 Some funny graffiti we saw on our way to Willy Wonka. 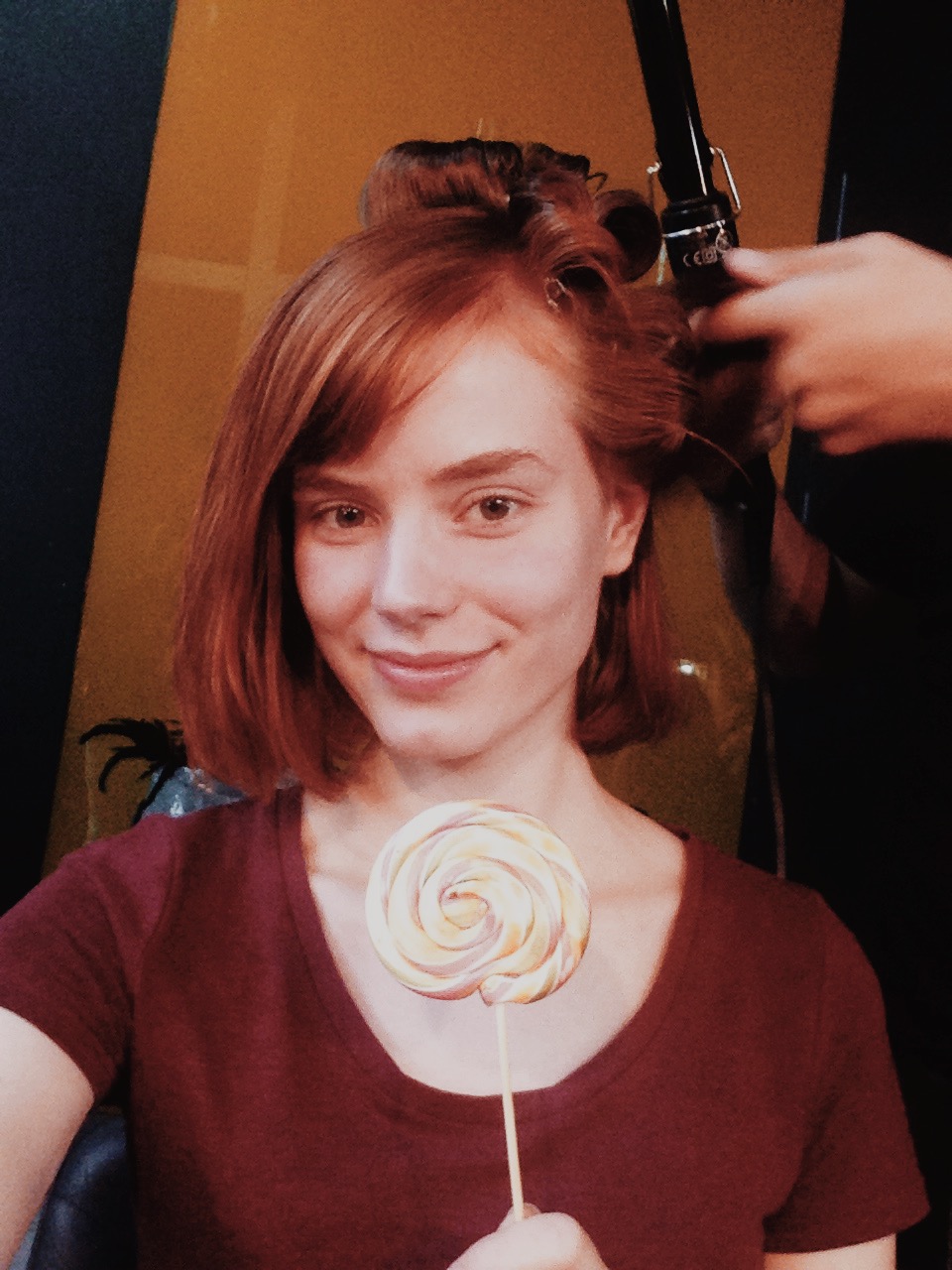 On Monday I had a show for Schwarzkopf. My hair stylist accidentally burned my ear while doing my hair, so I got a lollipop, haha. 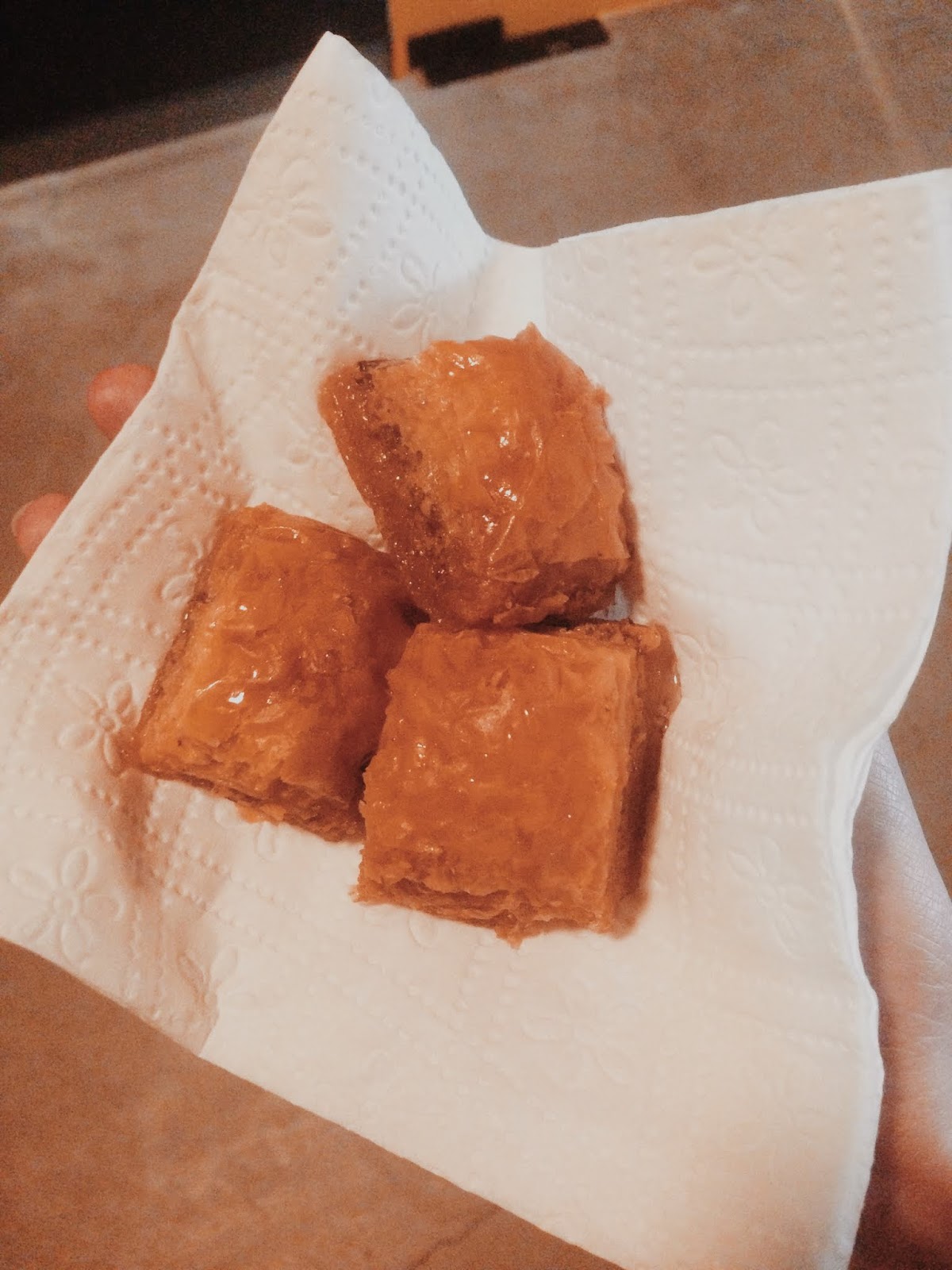 There was baklava backstage ♡♡♡♡♡ 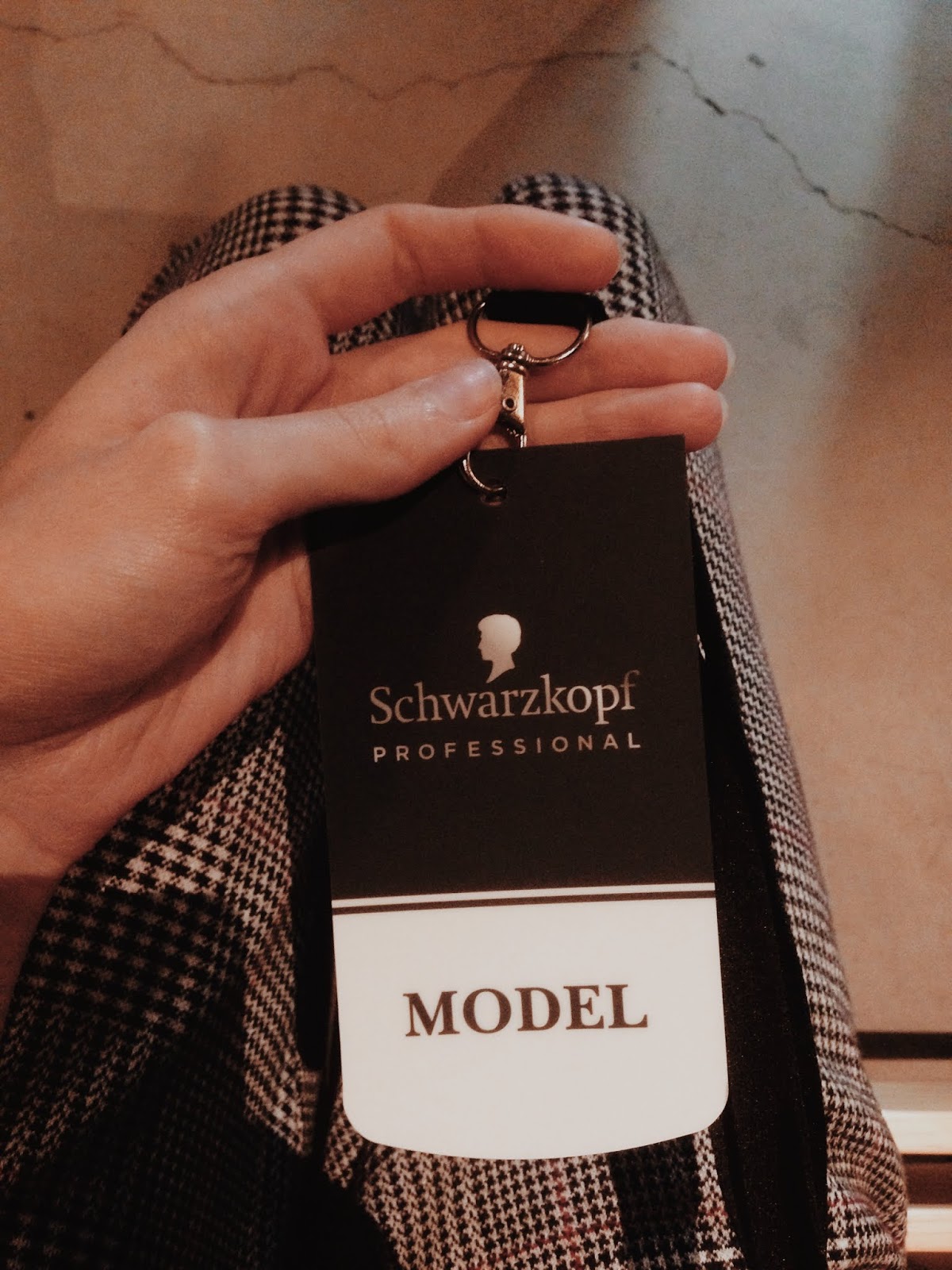 In case I forgot what my job was or something :’) 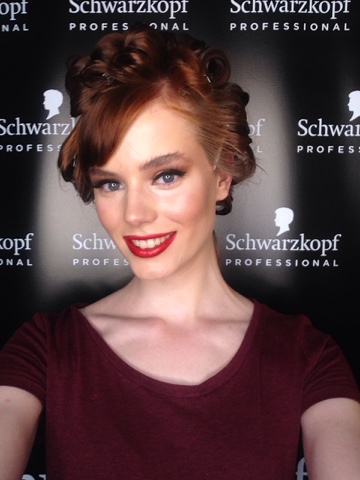 It still surprises me how much my face can change when a professional does my makeup. I look so much older here. This was also my first time wearing false lashes and it was quite a hassle to take them off after the show. I was scared of ripping off my own eyelashes. 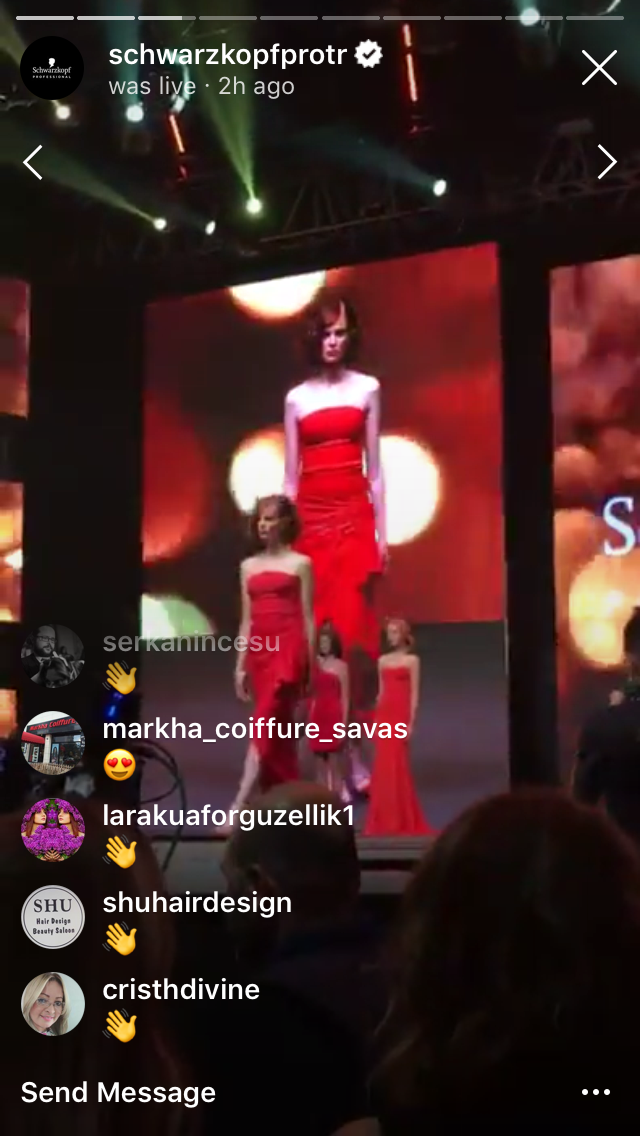 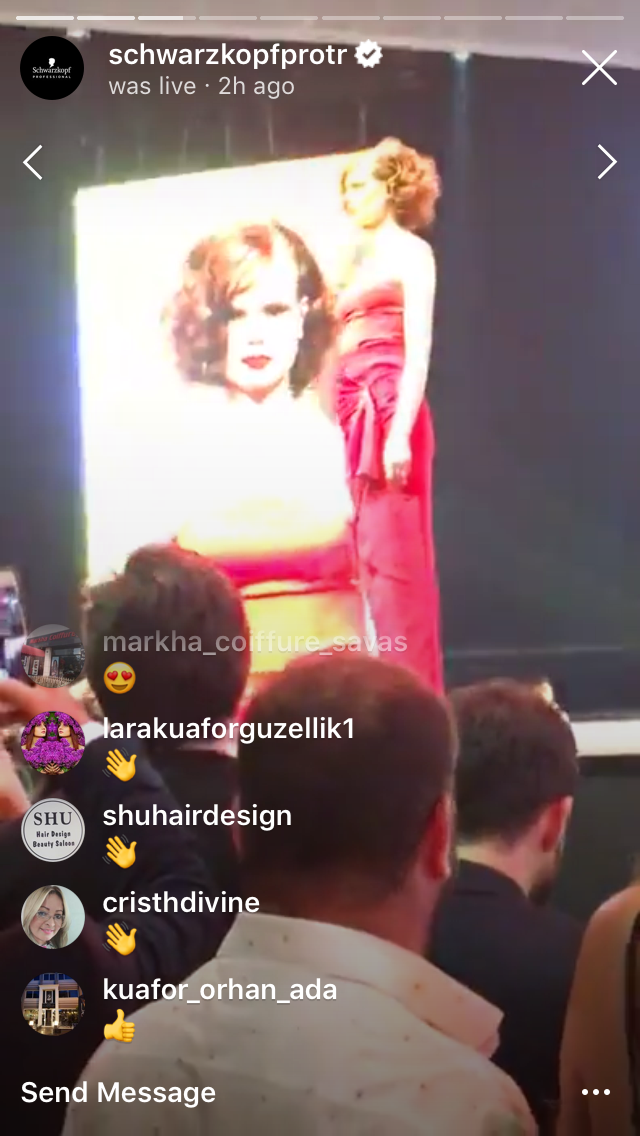 I couldn’t find any good pictures of the show, so here are some screenshots from the live stream Schwarzkopf did on Instagram. I had a really red skirt and top; I felt really diva-ish.

The show was really nice. There were light effects and dancers that made the show really cool. 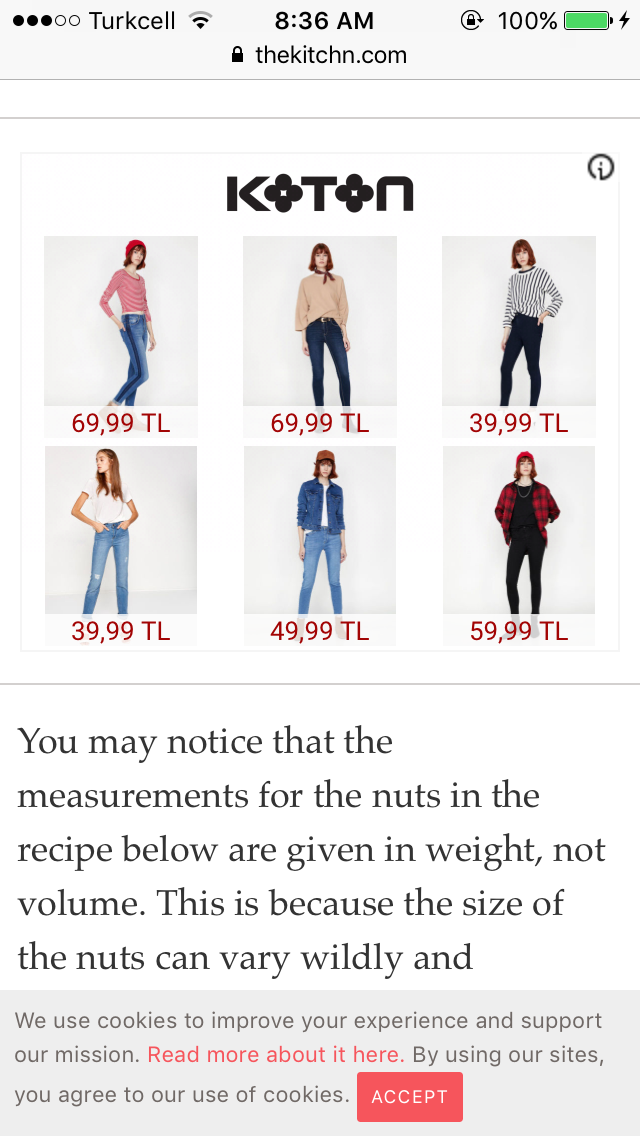 On Tuesday morning I looked up a recipe on how to make baklava and saw myself in an advertisement. This is what I did last week. It was really funny (and a bit weird) to see myself like this.

It’s me!!! (These screenshots really show how bad my phone is at the moment. Look at the time and then at the battery percentage…)

That morning I also had a fitting and it turned out it was for a show that was going to be that evening. I didn’t realize that because my name wasn’t on the schedule, so I was almost too late. Oops. 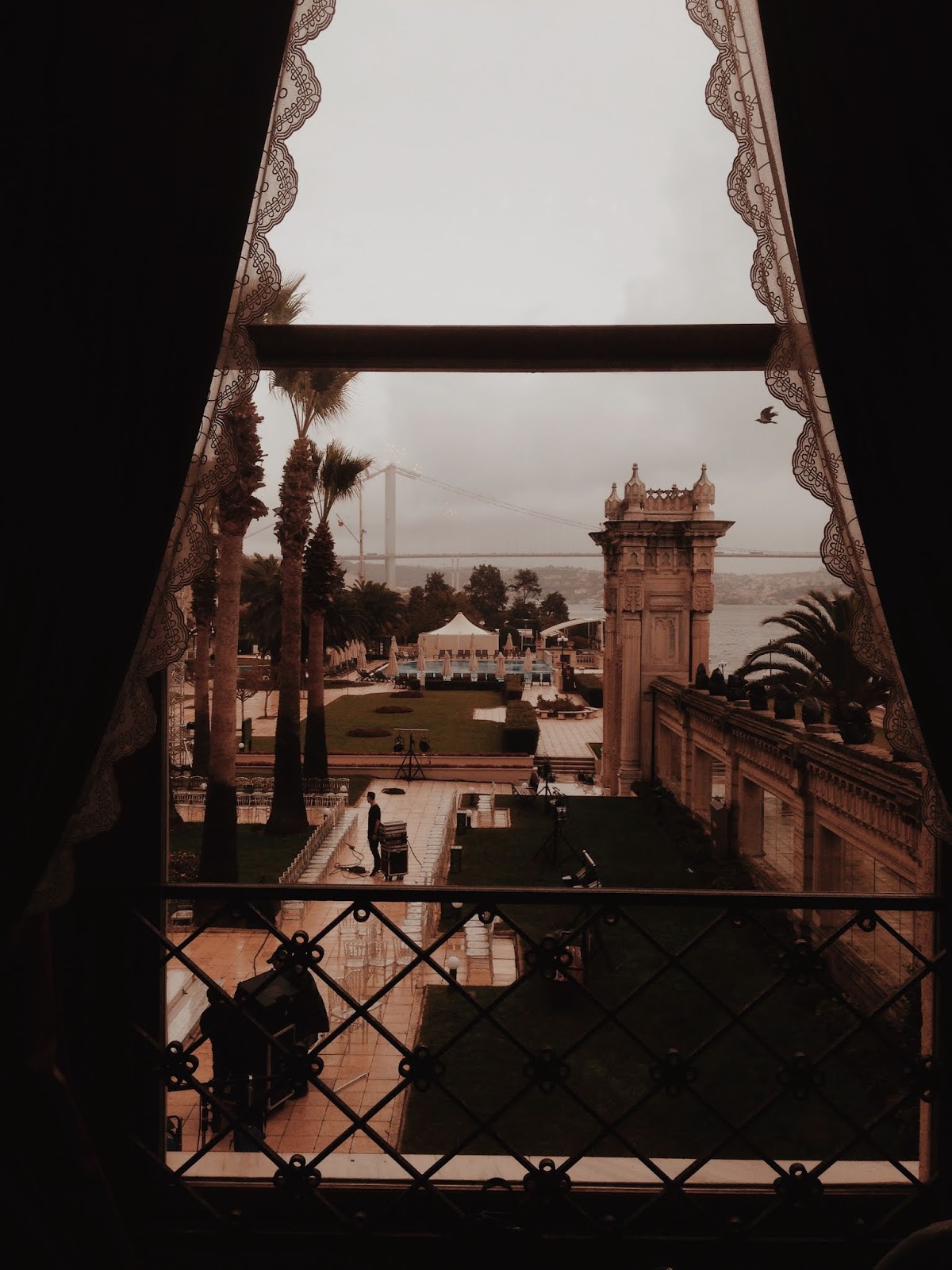 The show was held outside a beautiful palace. But the weather was awful that day and… 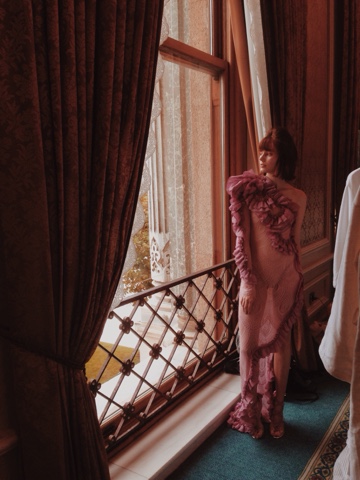 … this was my first outfit. I wore a nude coloured bodysuit and a really thin dress on top. It was pretty, but very cold. 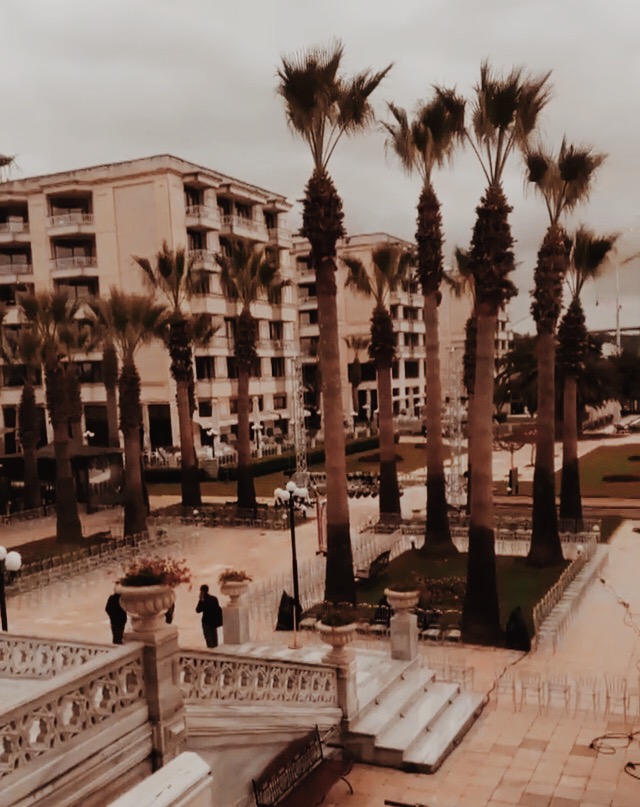 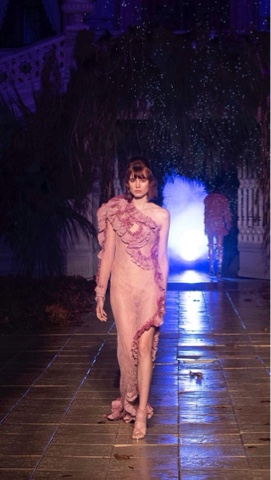 Just when the show begun, it started to rain. And as you can tell from the picture, the tiles were crooked and got slippery. I was so scared. 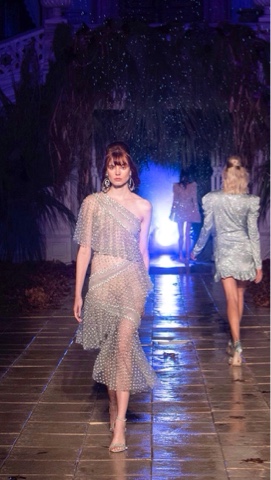 I had a second outfit and by the time I had to walk, it had been raining for quite a while. And also quite important: my shoes were one size too big. I managed to walk down the main road and the first square, but at the second square I wobbled and I saw people reach out their hands to catch me. But I somehow pushed my foot back into the shoe and entered the main road again. I only had to take about five more steps and then my foot slipped out of the shoe again. I twisted my ankle and fell.

And that’s how I ended up like this. Luckily I didn’t break my ankle. It definitely could’ve been worse, but I still had a lot of pain.

On Wednesday I was almost brought to the hospital because I fainted. I spent my day in bed because I couldn’t walk and I had a lot of pain. My ankle was really swollen and the wound on my knee just hurt. 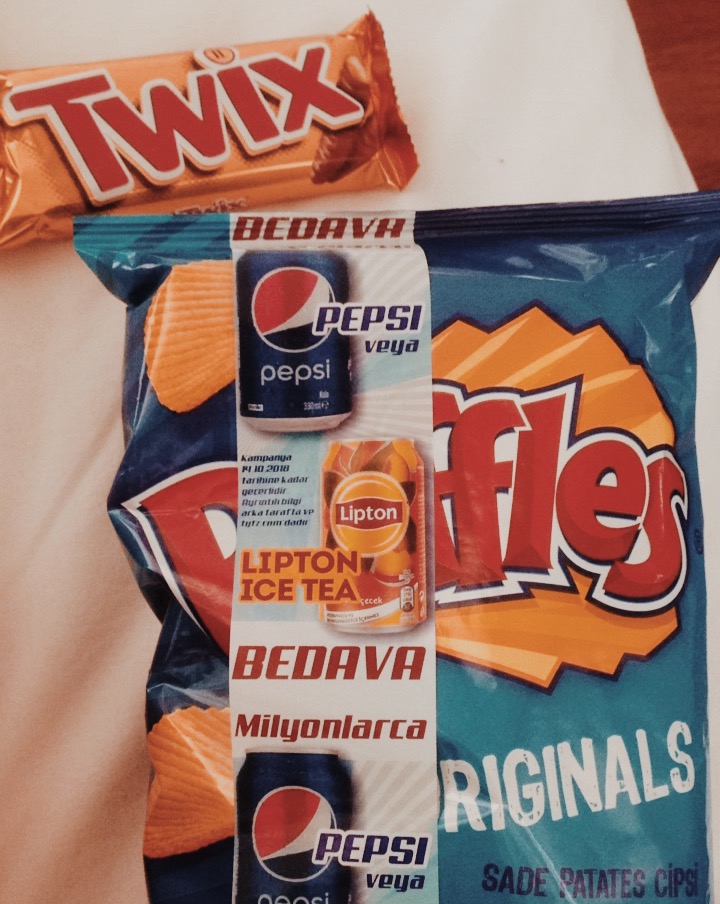 Kayla got me some potato chips so I would feel better again (blood pressure goes up because of the salt) and some Twix as comfort food. 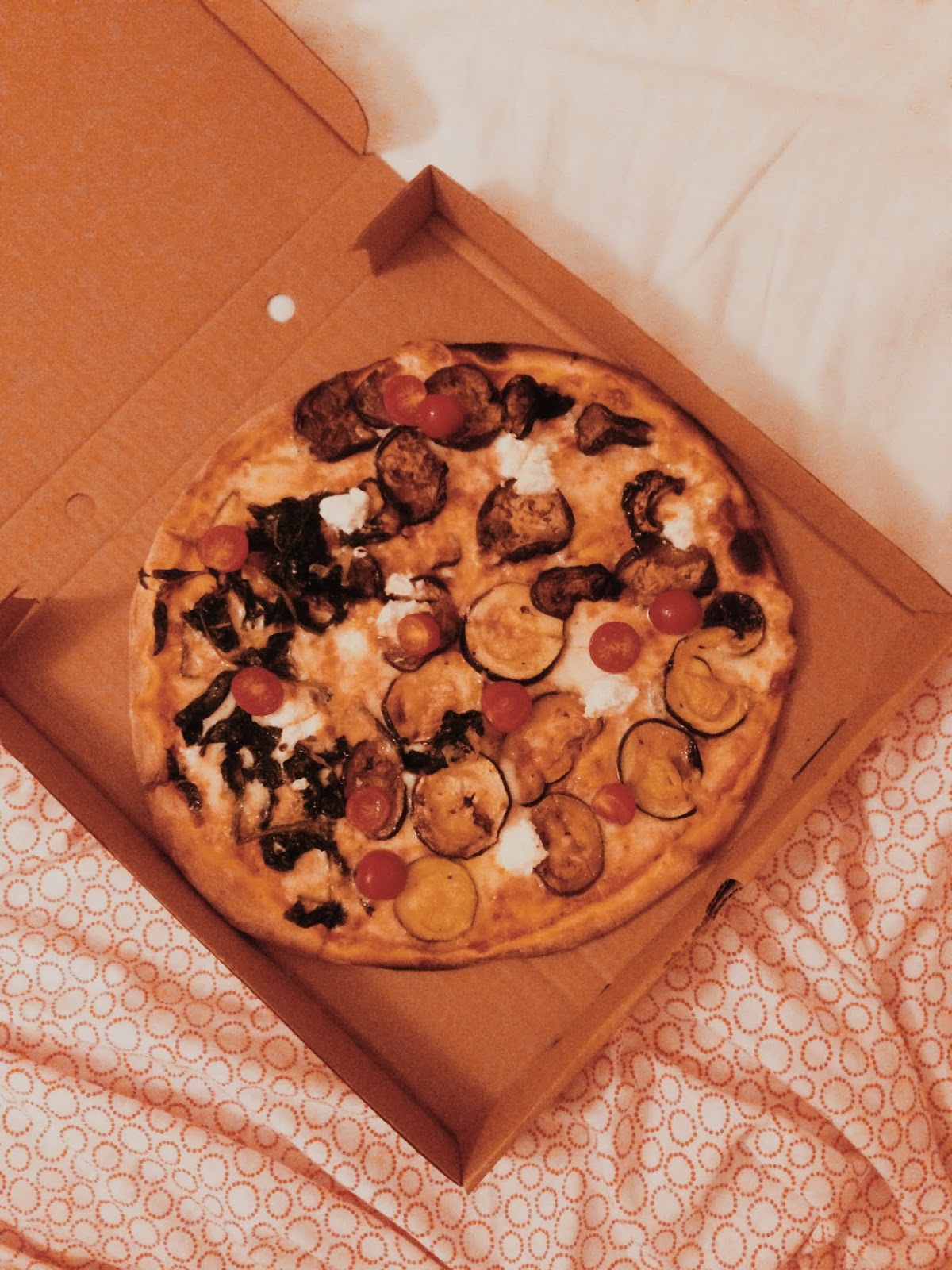 That night we got pizza since it was the last night she would be in Istanbul and we had to make it some sort of party. 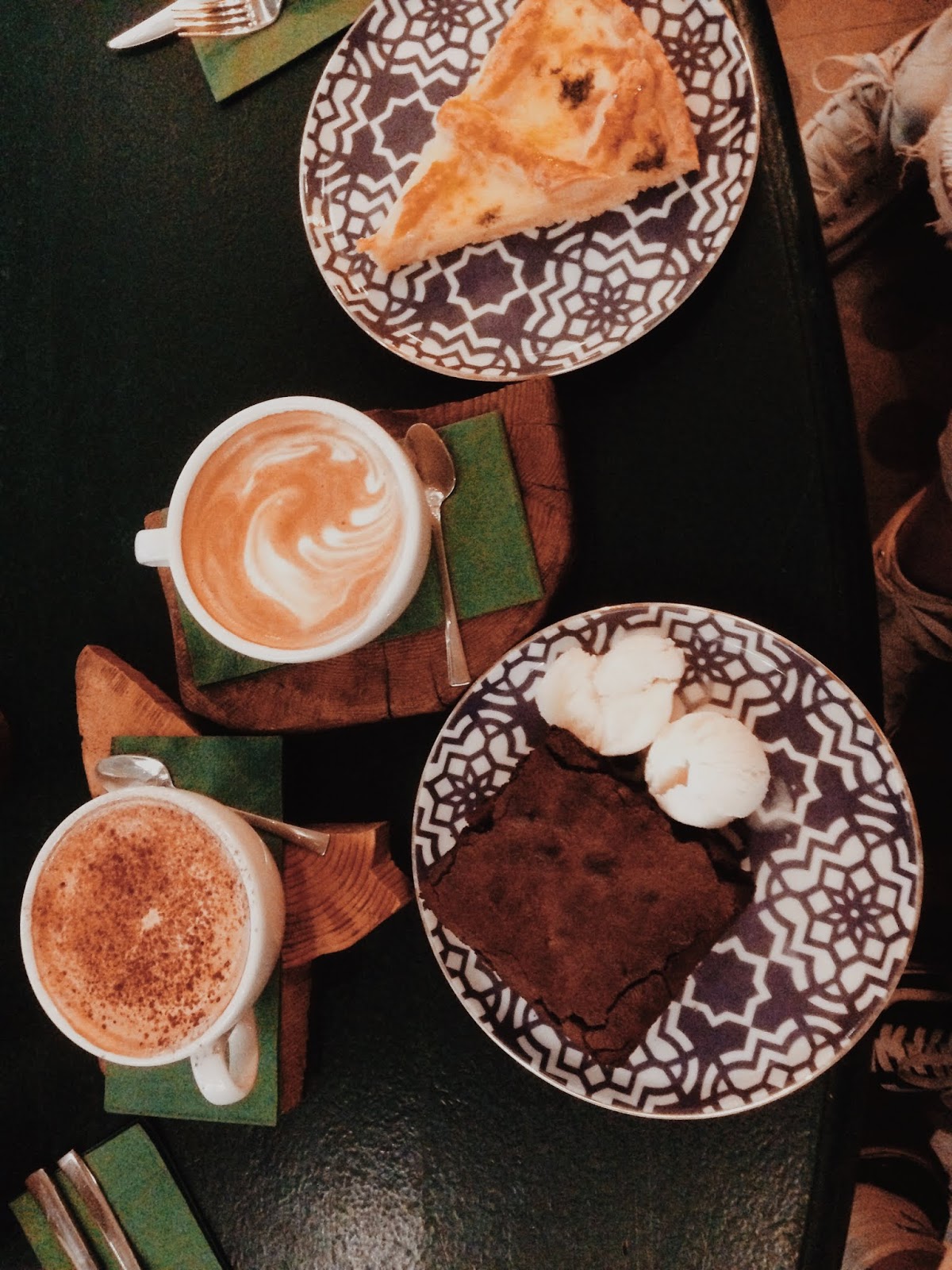 On Thursday Kayla and I went to It’s ok for a last cup of coffee. It’s just down the road, so I was able to get there without putting much pressure on my leg. My attempt at walking must’ve looked ridiculous, though.

I got a warm oreo brownie with ice cream and I’ve never been so full, haha.

When we got back to the apartment, Kayla had to leave already. I definitely cried when she left.

I went to talk to the agency and we decided it would be better if I’d go home. I didn’t see myself wearing heels anytime soon and also e-commerce wouldn’t be an option since I couldn’t even put my own jeans on. So if I would stay, I would just be spending money on rent for nothing.

On Friday and Saturday I didn’t do much. I could still barely walk, so I just watched Netflix, wrote and browsed the internet. There are lots of bruises inside my knee and that’s what’s so hurtful. I put a picture of my leg at the end of this blog post in case you’re curious. I crossed out the wound since it looks gross, but if you also don’t like seeing bruises, don’t scroll all the way down. 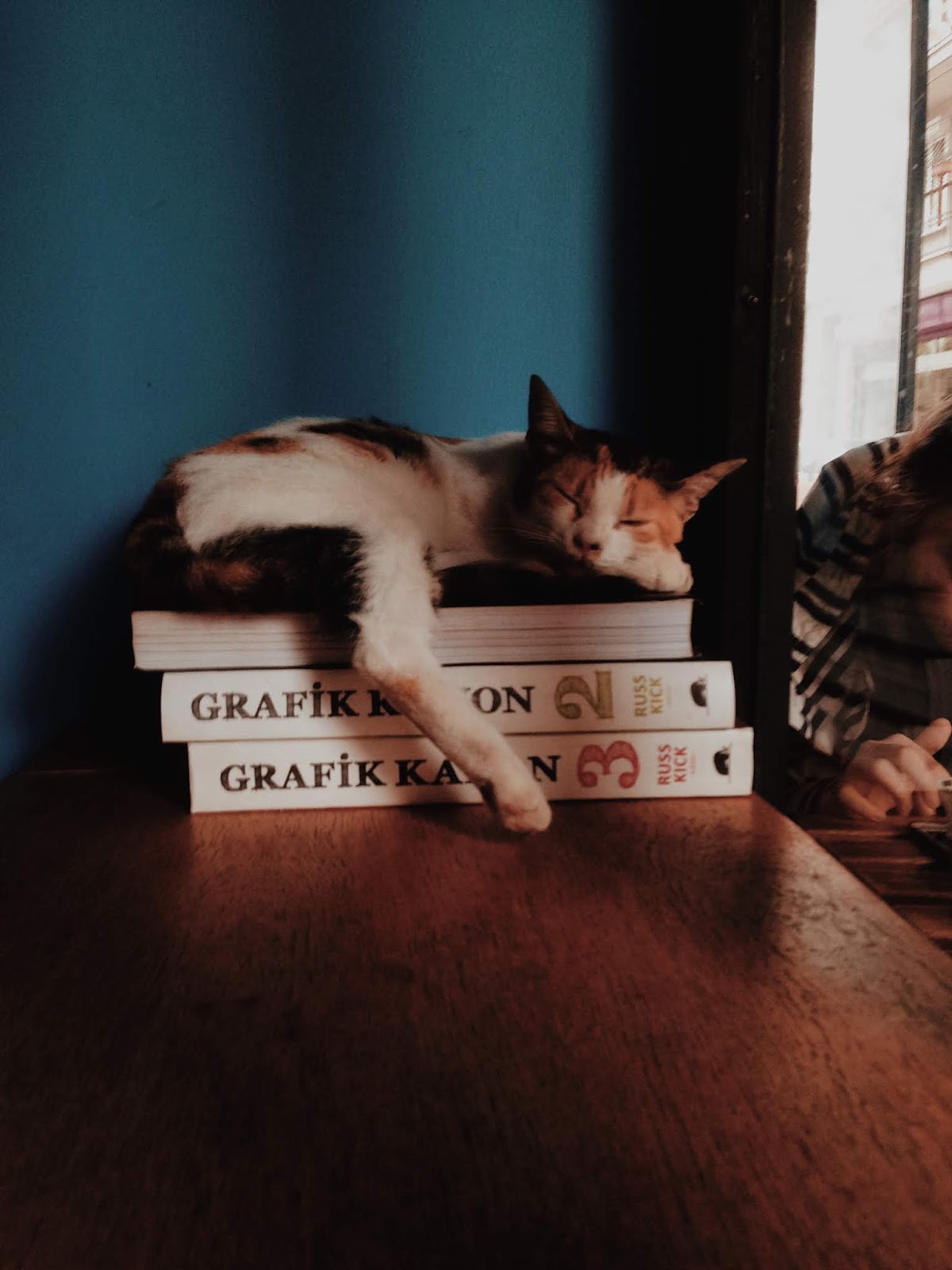 On Sunday I went out to get some tea. I “walked” down the street to a coffee and tea place with some of the girls. 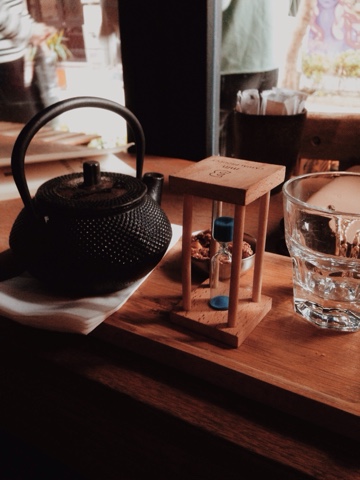 They gave me a tiny hourglass so I would know when my tea was ready. Such a smart idea.

Monday was packing day for me. My suitcase was already stuffed when I came here (since it was my first trip I wasn’t sure how much clothes I had to bring and seriously overpacked), so it was like playing real life tetris. But I managed to pack everything. (I hope. I still have to find out if I can actually close my suitcase…) 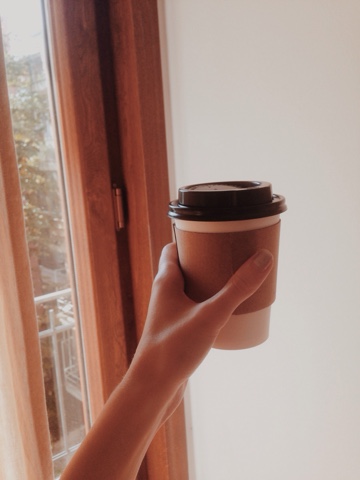 One of the girls brought me coffee. I almost had no coffee on International Coffee Day. Gasp. 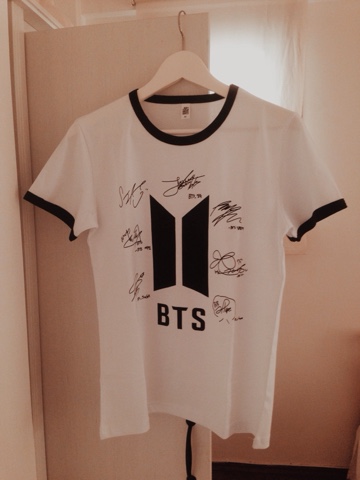 And in the afternoon I decided I wanted to go outside. I had been sitting inside for too long and that was making me a bit grumpy and restless. It took me three times longer than normal to get to the shops, but the weather was really nice so it didn’t matter. I definitely got many weird looks with my awkward walk, haha. I found a BTS shirt with all the members’ signatures on it and I decided to treat myself. I’m still hopeful I can somehow get a ticket for their concert and then this will be the shirt I am going to wear.

That’s it; my last weekly update from Istanbul for now! Maybe I’ll go back in the future. I’m really excited to go back home and I can’t wait to see my mom, pets and friends again. 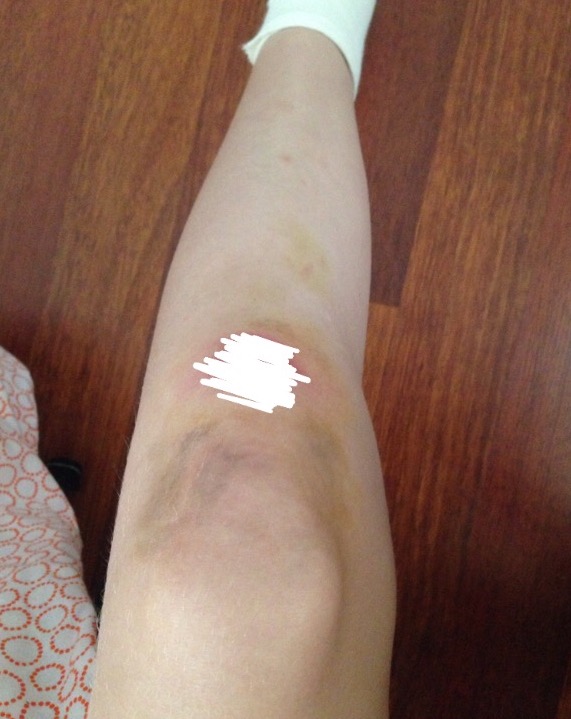