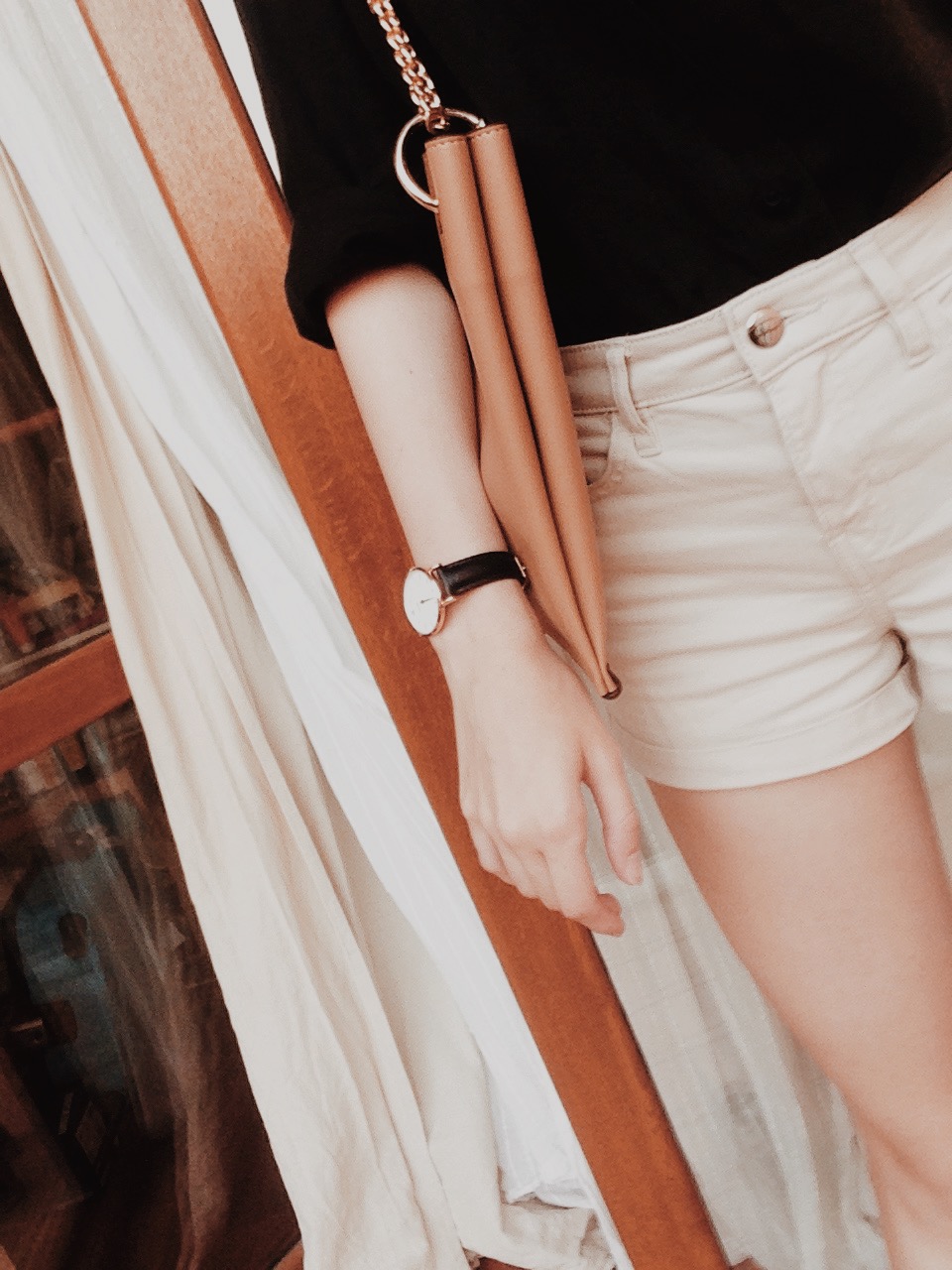 It’s time for my weekly update! Week 4 has come to an end. Last week’s update ended with: I think I will go back to that cafe I went to on Tuesday to get some fresh air and be outside of the apartment for a while. I think I’ll bring my journal. 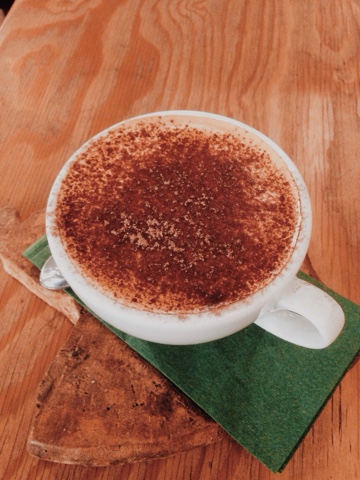 After posting that blog post I went to the cafe as I said I would and enjoyed the most amazing cup of mocha latte and a piece of warm apple pie. I was sharing my table with a cat again. After finishing my food, I decided to check my phone and I saw I had a message from Kayla. Kayla is staying at the apartment at the agency and she is my friend here. I didn’t really write about it on my blog, but I didn’t enjoy staying at the apartment. Most of the girls were Russians, so they just spoke in Russian with each other. And there were 14 girls staying at that apartment, so there was always noise and barely any privacy. They also weren’t very keen on cleaning their dishes/the bathroom/the stove/etc. At the agency’s apartment there’s room for only 4 girls. I heard one of them was leaving, so I asked if I could move in with them, That was okay; I could move in on Monday. But Kayla texted me that Sunday that the girl had already left, that she had washed the bedsheets for me, tidied up the room and that I could move in already. So I hurriedly paid and walked back to the apartment to pack my suitcase.
The apartment at the agency is so much nicer and I’m definitely enjoying my stay in Istanbul more now.

Last week I also wrote: I have no idea what I’m going to be doing next week. I hope I’ll have a job and not just castings.

And I got a job on Monday! It was an e-commerce job. That means taking pictures for a brand’s webshop, so customers who are online shopping can see what a piece of clothing looks like when someone’s wearing it. I wore over 50 outfits that day.

Because I was working all day, I didn’t take pictures. 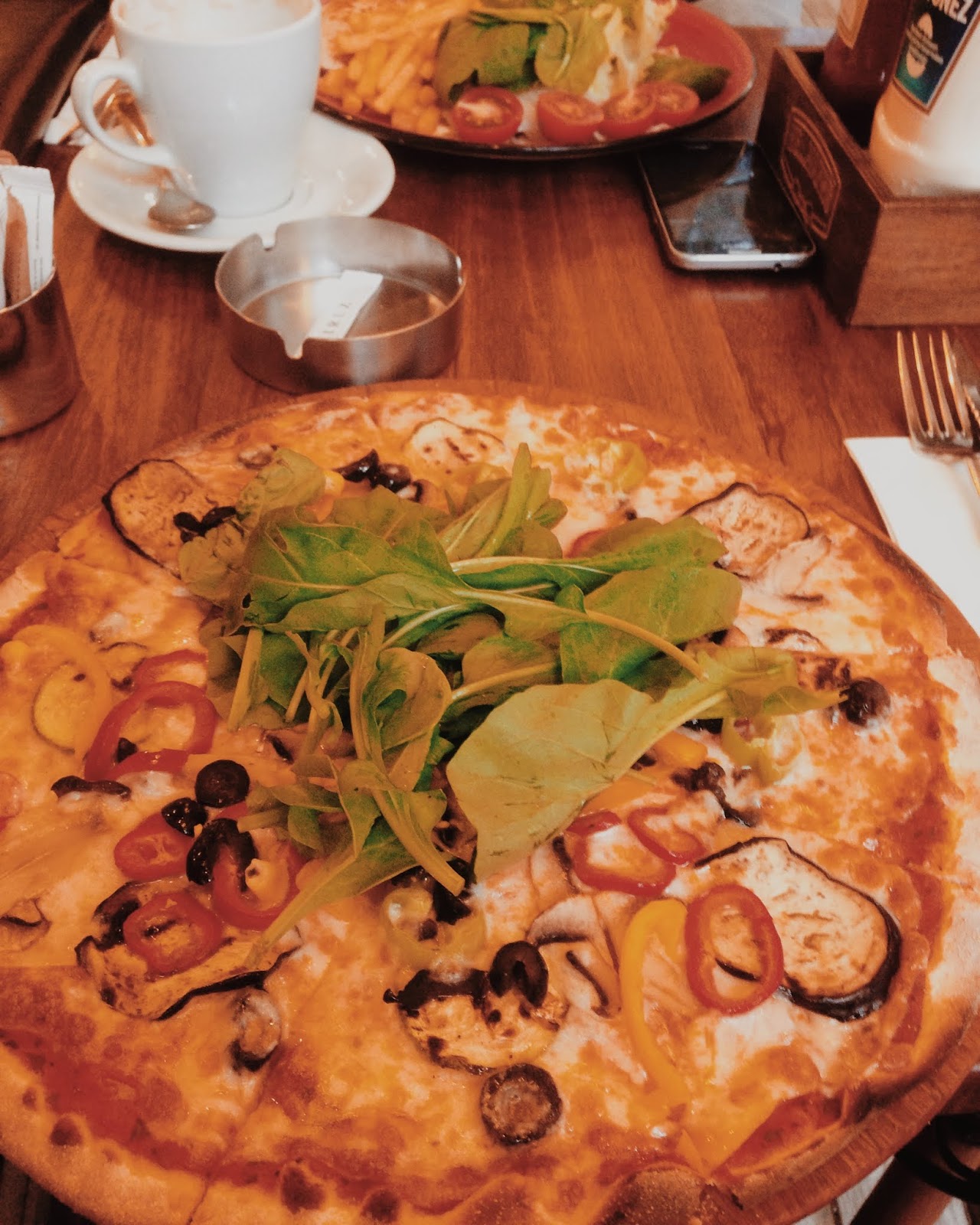 When I came back from work, Kayla and I went out for dinner. We went to the same place as last time. I got pizza and chocolate souffle (just like last time, haha).

On Tuesday the first thing I did was go to the pharmacy to buy some painkillers. I forgot to pack those and I was still feeling sick. Luckily the pharmacist spoke perfect English. 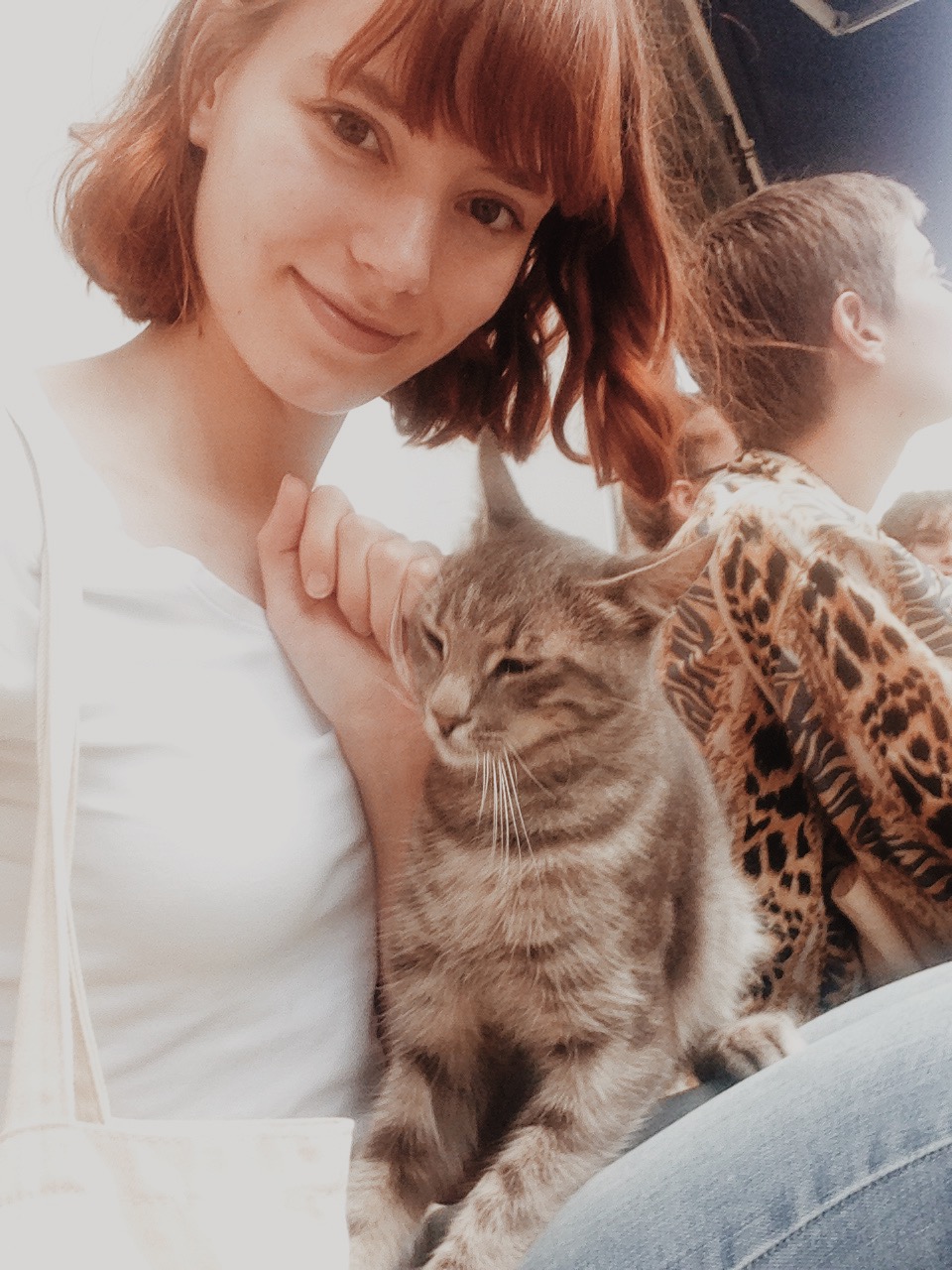 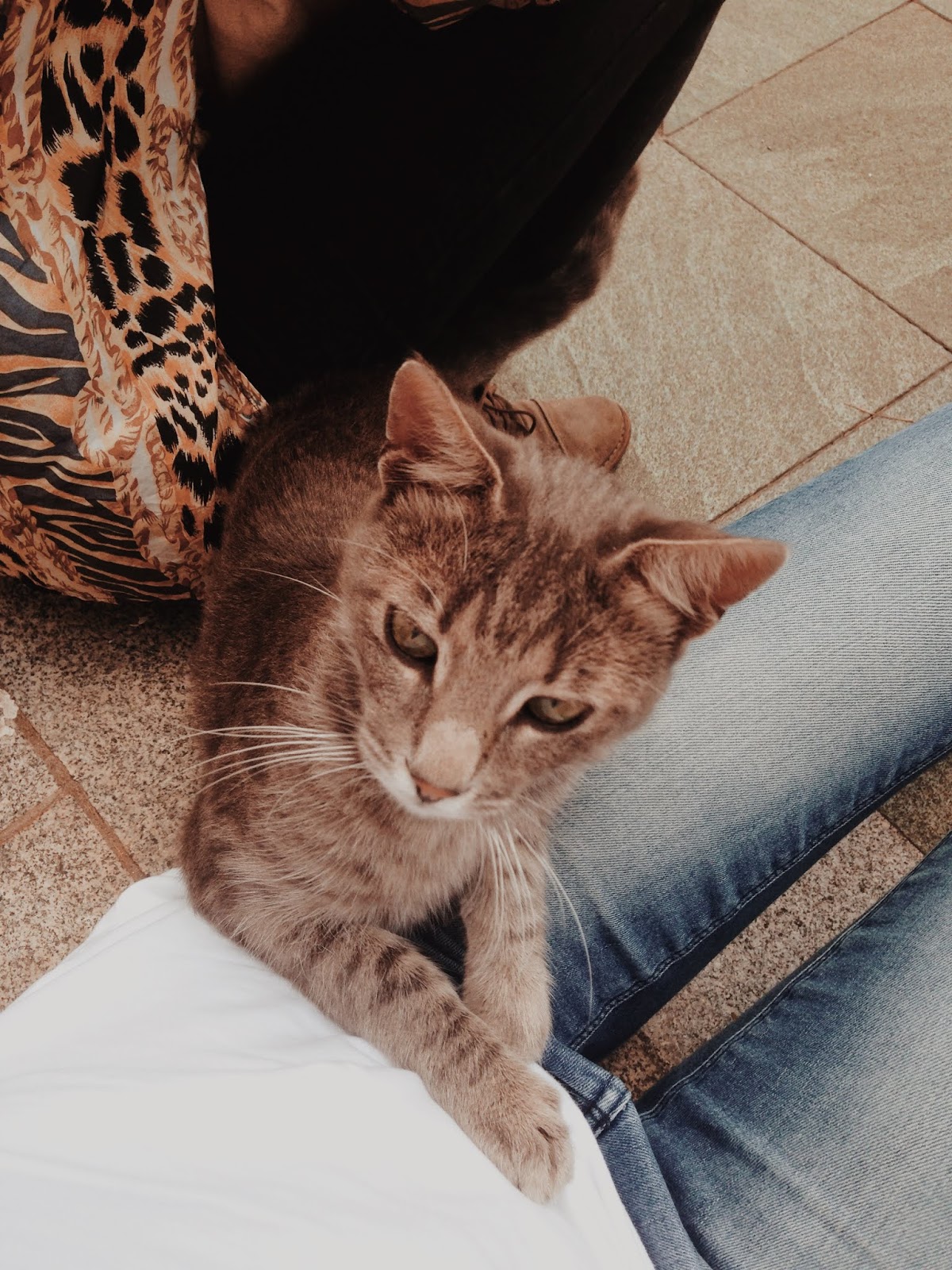 I made a friend after a casting that day. The stray cats here are not scared of humans at all and love to cuddle. I was adviced not to pet the cats here, because I can get really sick if they scratch or bite me. But these cats voluntarily come up to me sometimes and leave when they’re done. 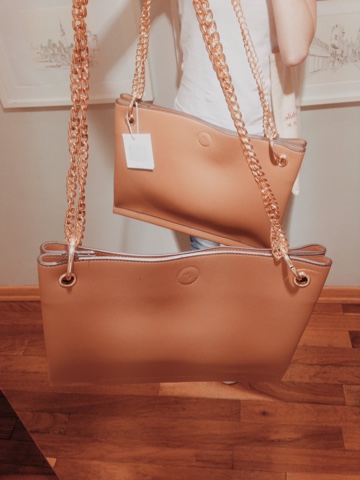 I bought a bag at the shop next to the Carrefour. I had been throwing my stuff in my linnen totebag and it was impossible to find things. So I decided I needed a proper bag. The shop I went to had a sale going on and I bought a really nice bag for only ₺99, which is about €13. I went out of my comfort zone and bought a light brown bag instead of a black one.

That night I made spaghetti with the other girls. I also realized my wishdom teeth are actually coming through now and it hurts quite a bit.

On Wednesday I had an e-commerce job again. That day I wore almost 80 outfits and most of them were skinny jeans. Putting on and taking off that many skinny jeans is a great workout, lol. My phone also “died” this day. It wouldn’t turn on anymore and said the battery was empty. I tried every charger in the building, but nothing worked. I was feeling quite stressed, because I need my phone to stay in contact and see the schedule for work. But when I got back at the apartment, I found a solution on google. It said to use a hairdryer on the back of my phone to make it really hot. I was about to give up when my phone turned on again. So it works now, but only if I constanly charge it. It’s definitely time to buy a new phone when I get home. 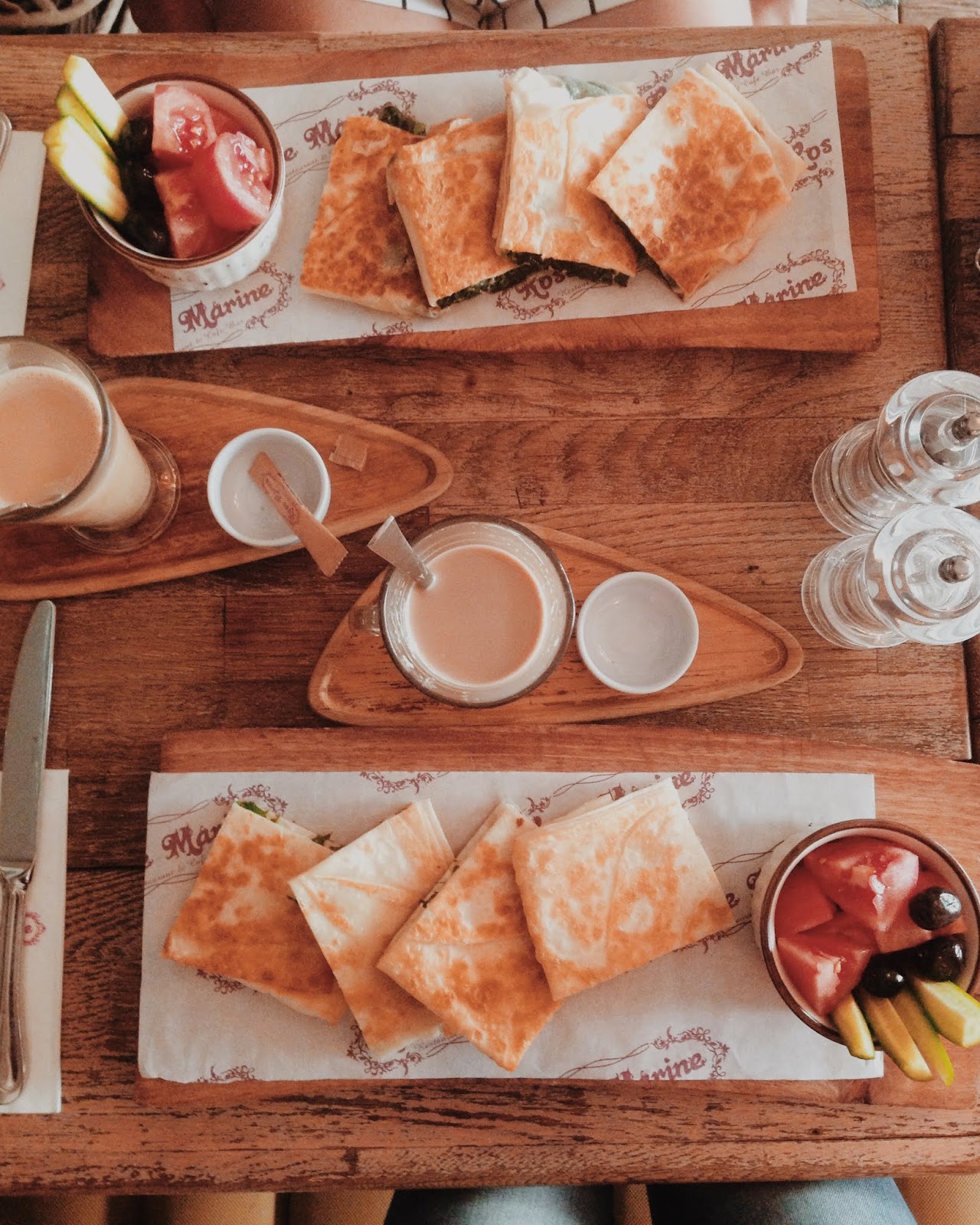 A downside of living at the agency’s apartment is that I have to make breakfast before 8:30 AM on weekdays. There’s a lady who cooks lunch for all the models, so she needs the kitchen. On Thursday I woke up too late. I was just so tired from the day before (and still sick). Kayla had a casting that morning and I noticed she went without having breakfast because she didn’t get up on time to use the kitchen as well. So I texted her and asked if she wanted to get brunch when she came back.

The rest of the day was pretty chill. We had some coffee again later that day and I didn’t have to work.

On Friday I had a job again. This time it was for a designer of bags. I was working almost all day and had a fitting afterwards. The traffic that day was horrible, so we had to walk home from the fitting, instead of going by car. It was a 40 minute walk and when I arrived at the apartment around 9 PM I just had some instant noodles and fell asleep. 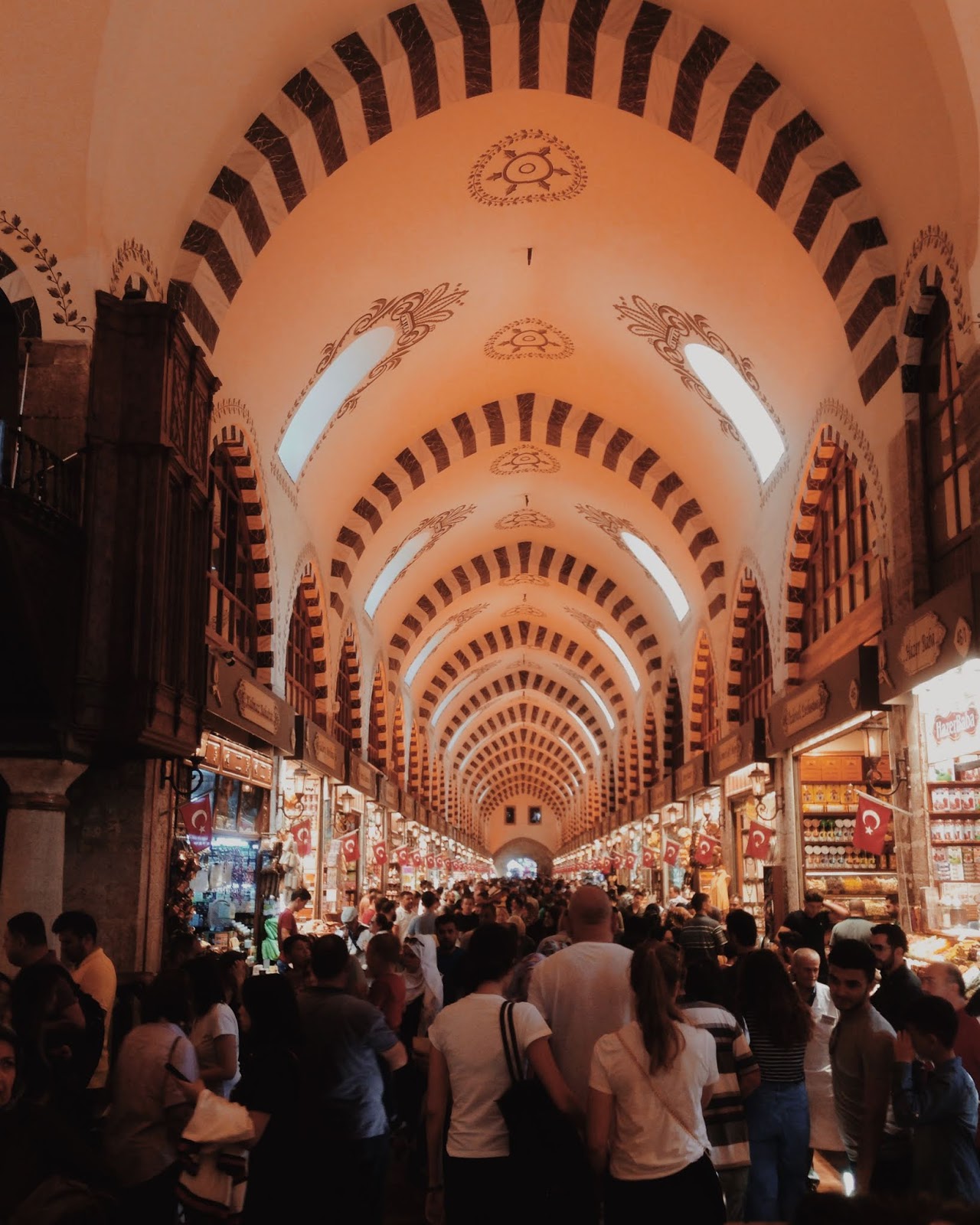 On Friday I had a fitting and a callback in the morning. Afterwards I went to the spice bazaar with some of the girls. We decided to walk there; it was a 45 minute walk. The spice bazaar is beautiful, but very crowded. 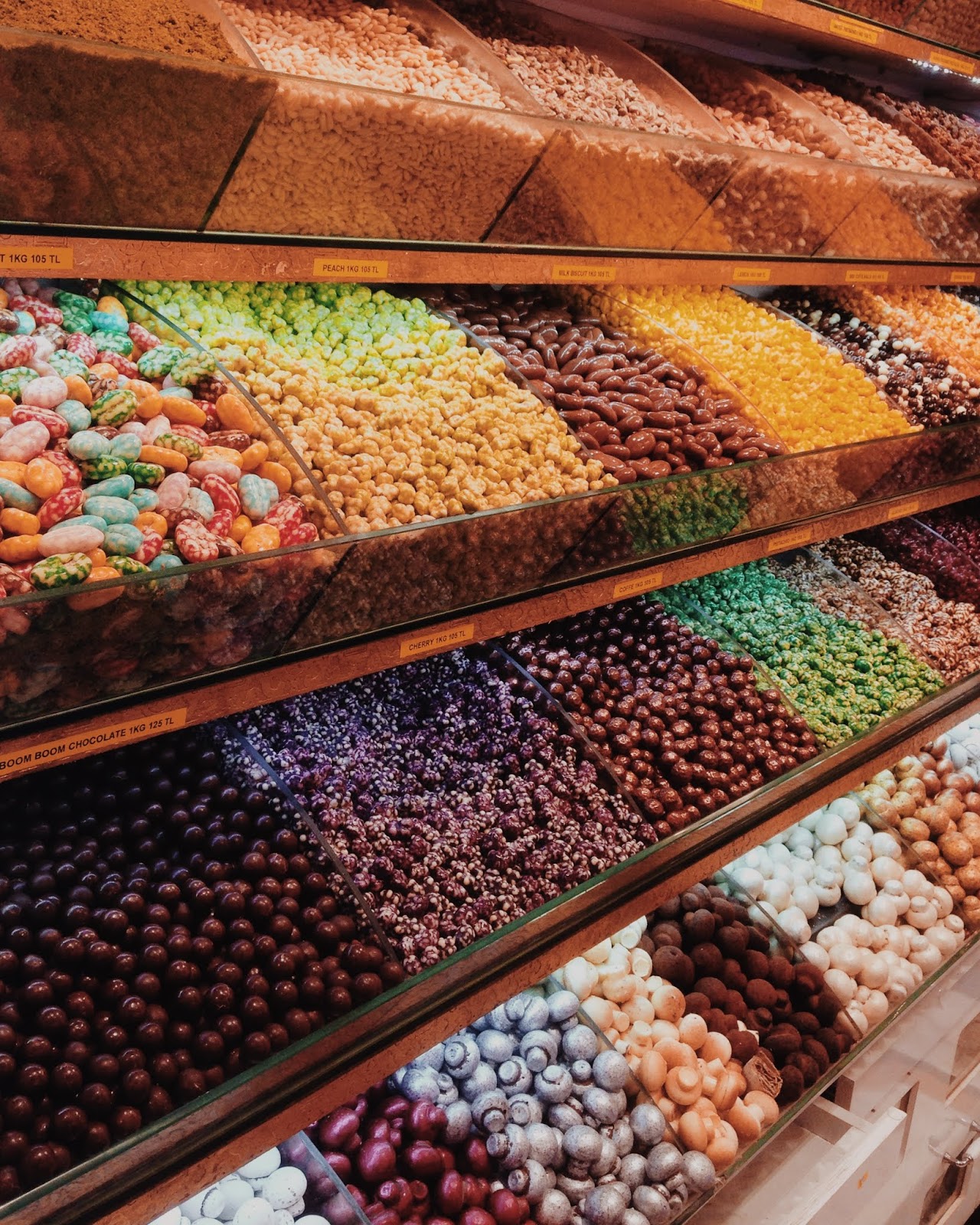 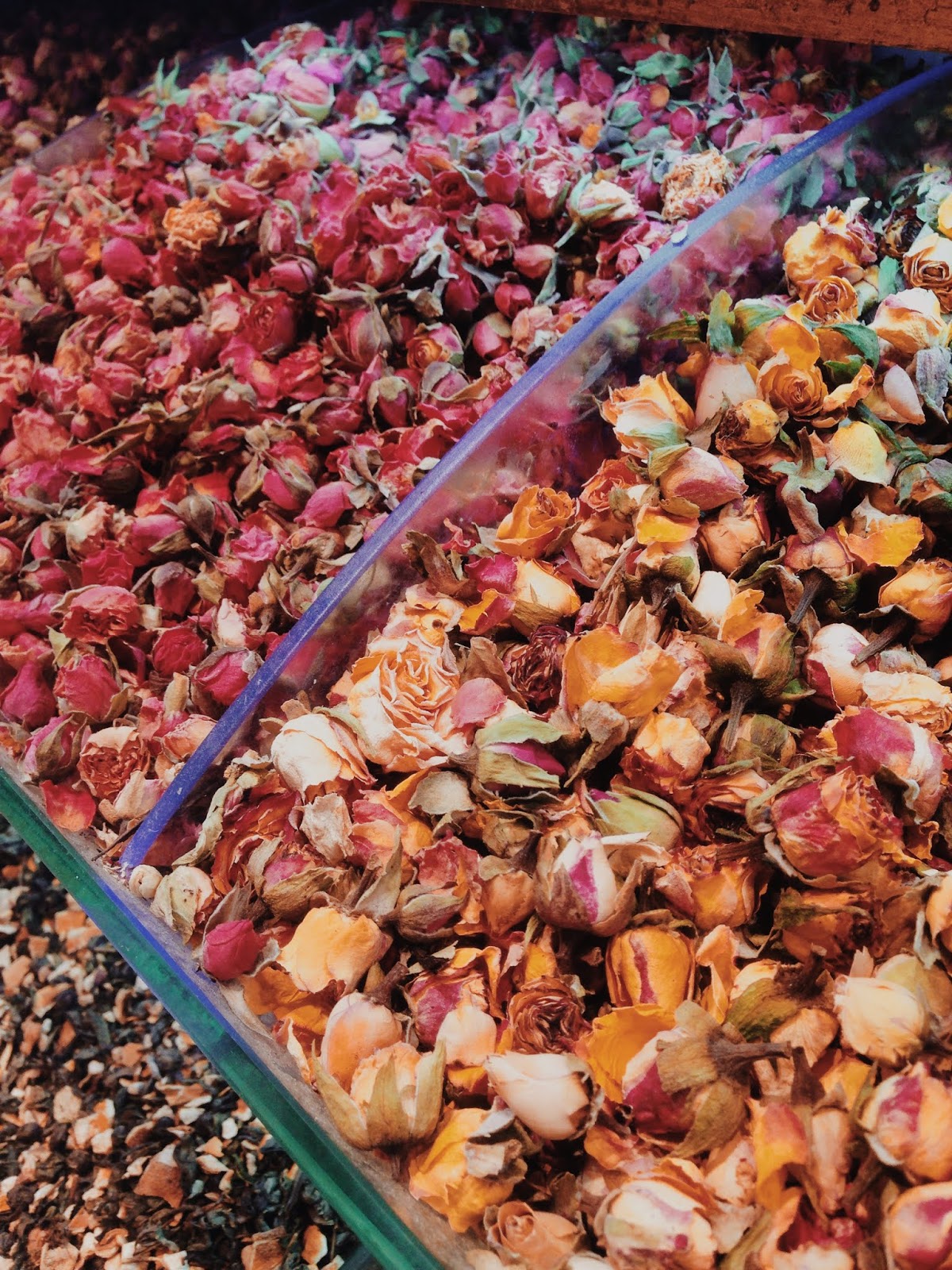 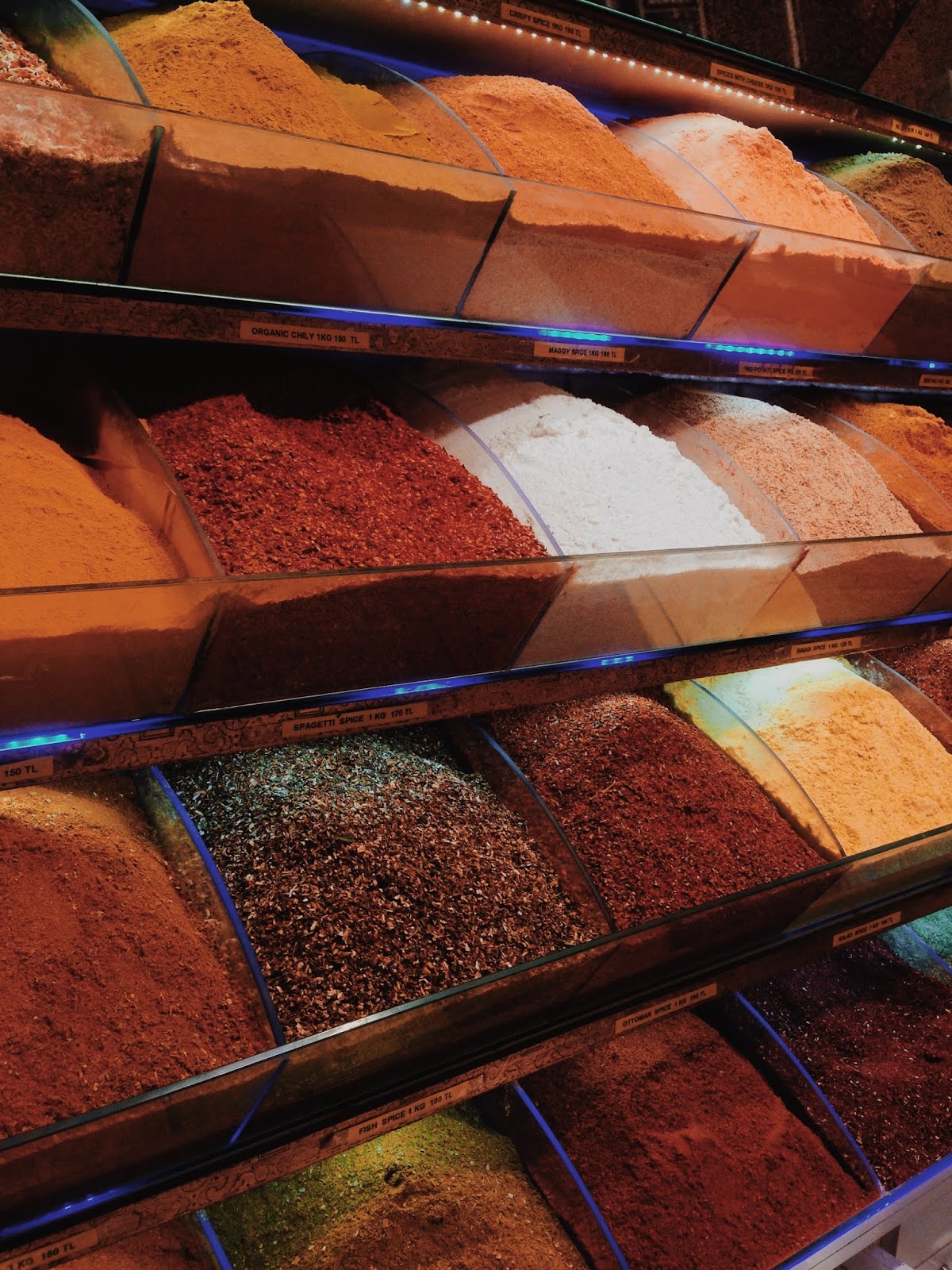 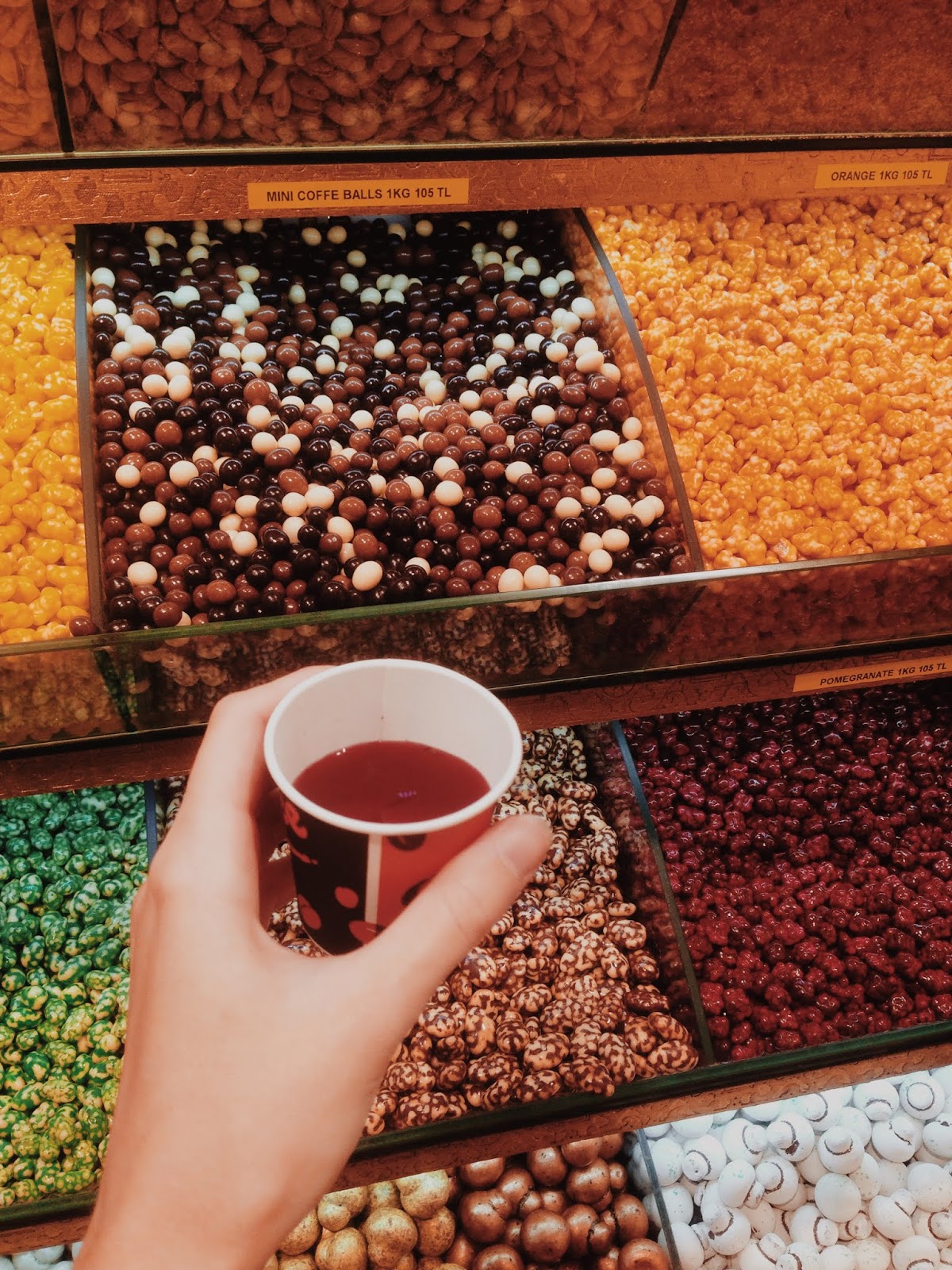 One of the girls knew one of the shop owners from last year. He had candy (turkish delight, baklava, chocolate, etc), tea and spices in his shop. He was very friendly and made us some tea and let us taste everything. He also invited us to his cafe that is close to our apartment.

At 3:15 PM I got a message in the group chat saying I had a fitting at 4 PM. I asked if I could be picked up from the spice bazaar, but I got no answer. So I hurriedly walked back in 26℃ weather and I made it on time. But then I checked my phone and saw the fitting was cancelled. I was too tired to be mad and took a shower. 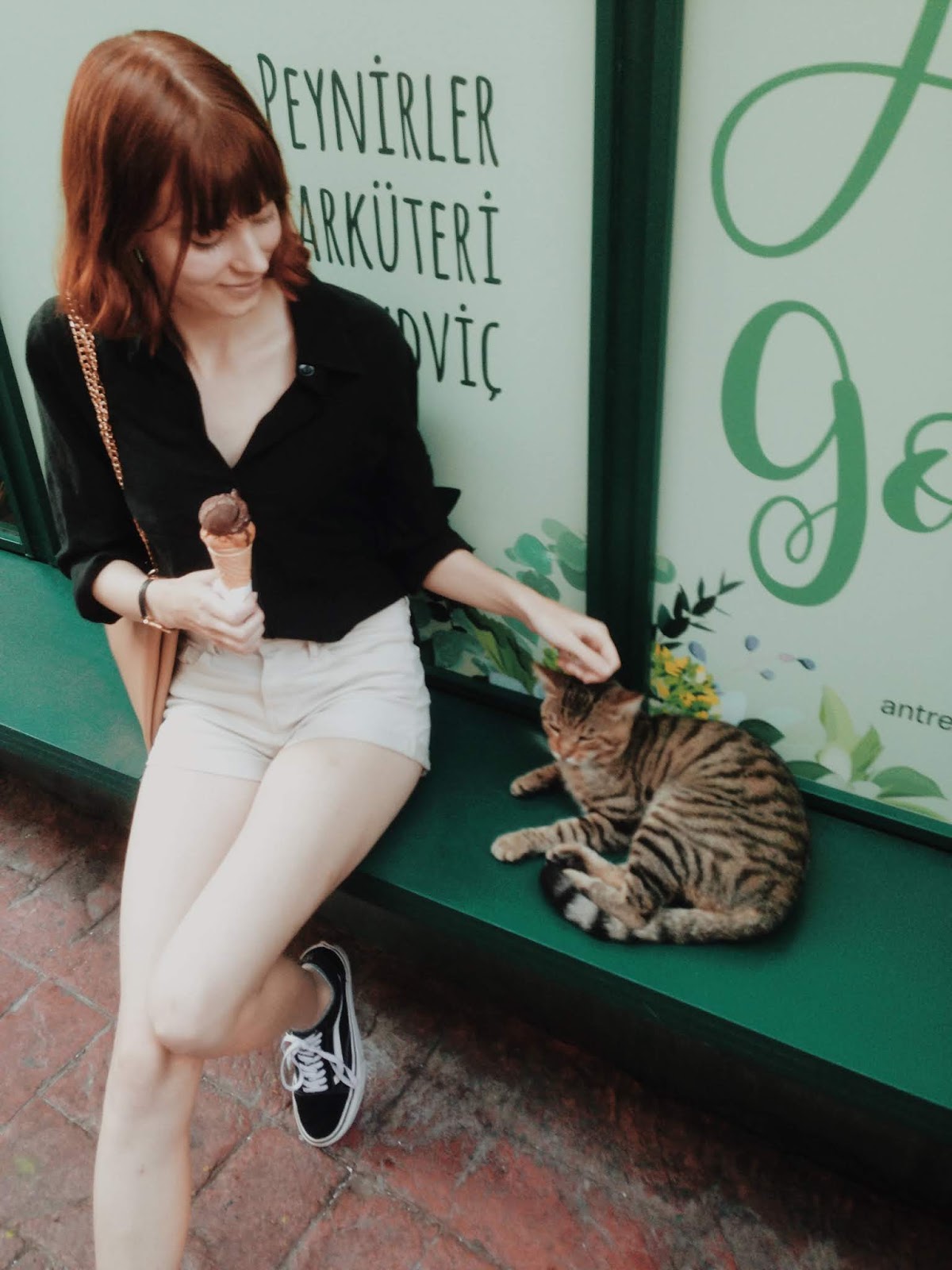 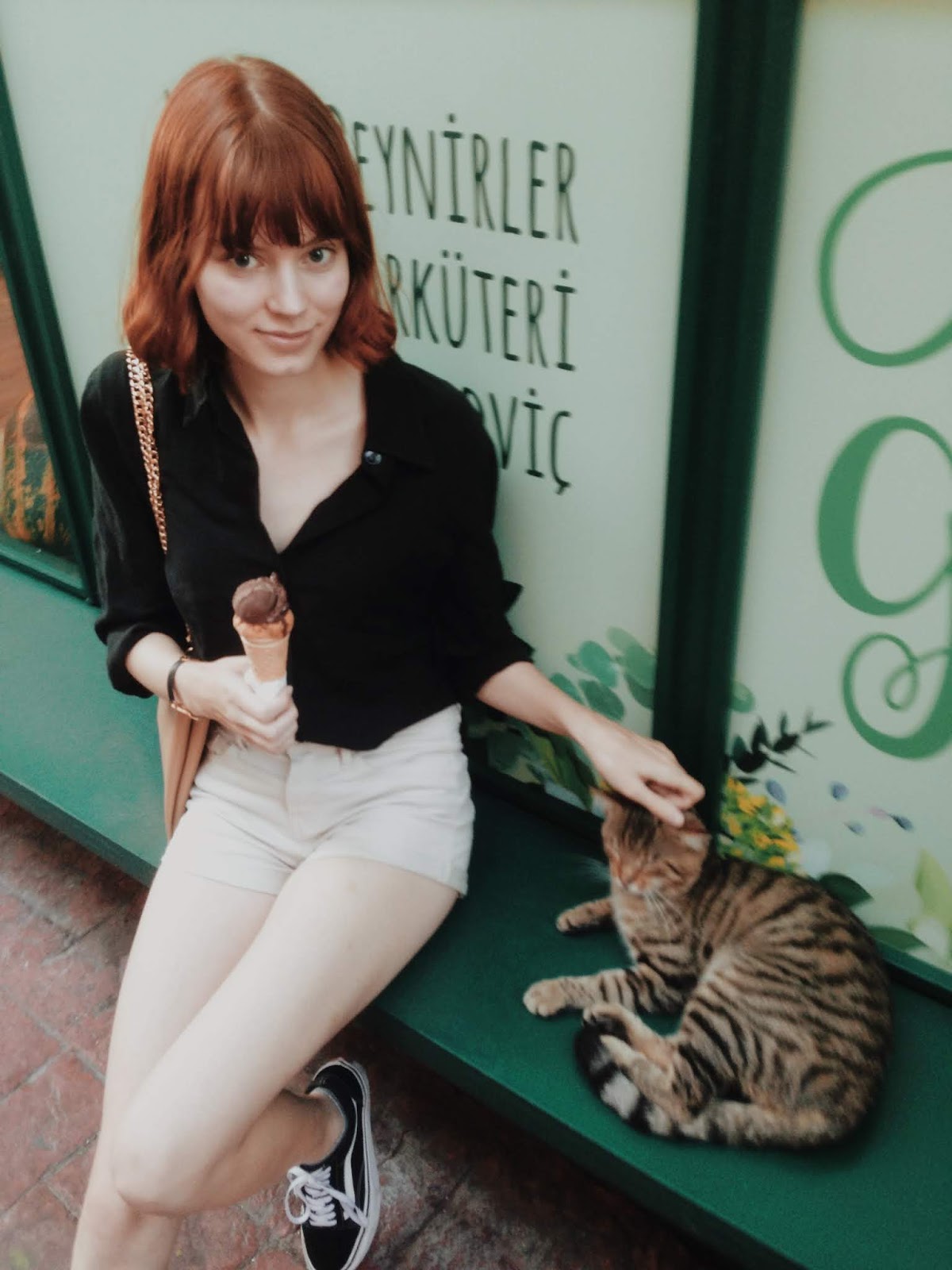 When the other girls came back fromt the spice bazaar, we went out to get some ice cream. 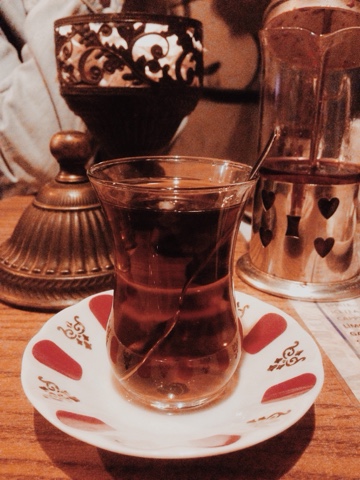 That night we went to the cafe we were invited to and I drank apple tea. If you ever go to Istanbul, you have to drink apple tea. It’s amazing. There was also lots of turkish delight. 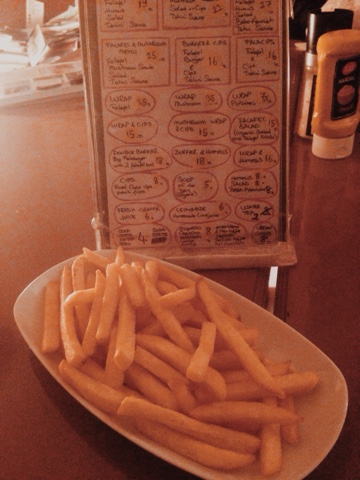 And then we went to a place called Falafel Zone, because one of the girls hadn’t had dinner yet. I had some fries because I needed something savory after eating so many sweets that day. It was really nice being out with the girls.